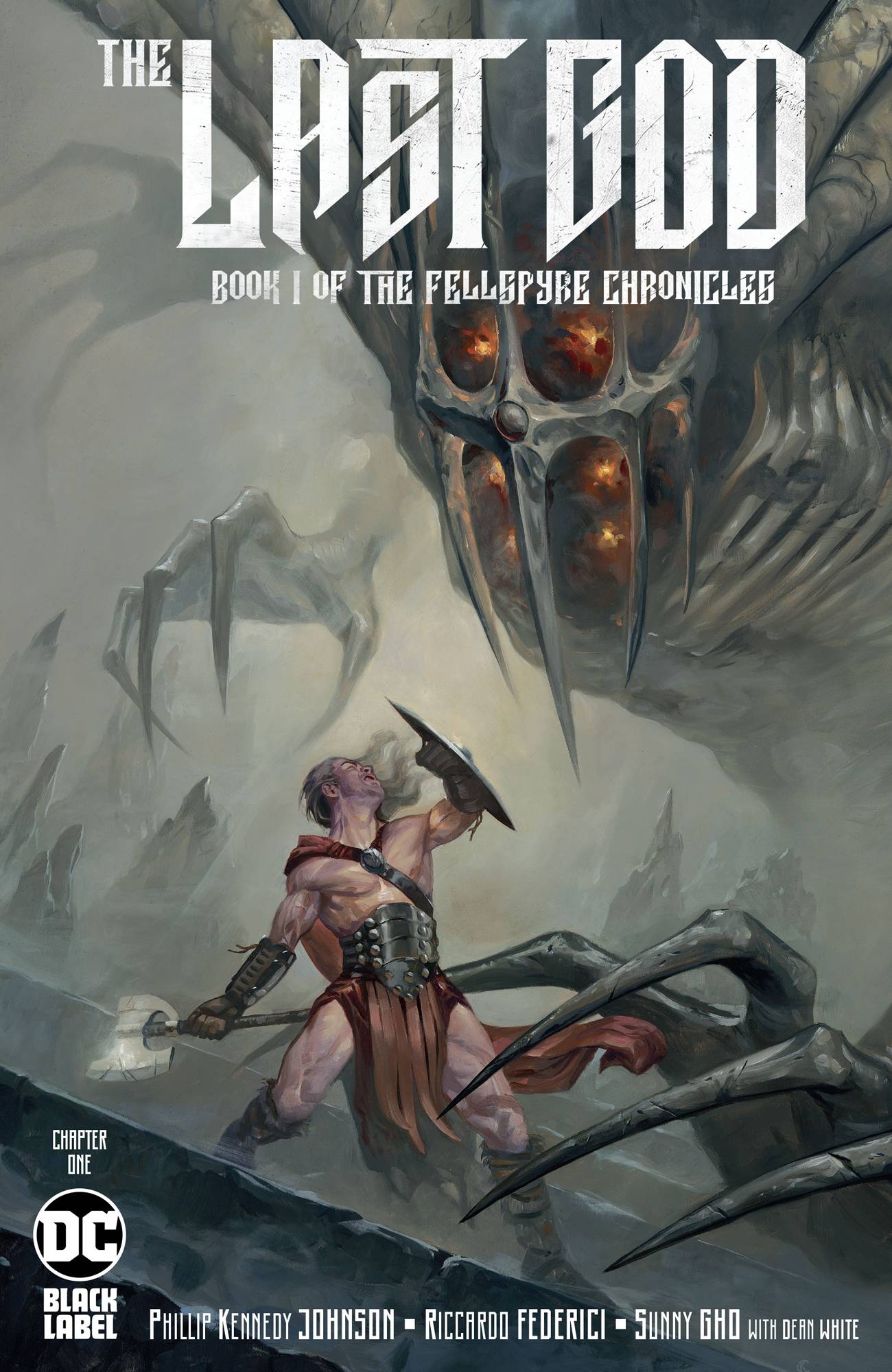 #
AUG190448
(W) Philip Kennedy Johnson (A) Ricardo Federici, Dean White, Jared Blando (CA) Kai Carpenter
THE LAST GOD tells the story of two fellowships of heroes struggling with the same threat...30 years apart. One group will doom their world, the other must save it.
Thirty years ago, a band of heroes traveled beyond the borders of creation and killed the last living god, saving the realm of Cain Anuun from an apocalyptic army of the undead. The legendary companions became the rulers of their world and ushered in a new era of peace and prosperity. But it did not last.
Now the foul legions of the Last God march once more, laying waste to all of Cain Anuun and revealing that the aging fellowship may not be the great heroes they claim to be. With the world burning down around them, a new group of unlikely champions must band together and accomplish what no other has done: kill the Last God, once and for all.
THE LAST GOD: BOOK ONE OF THE FELLSPYRE CHRONICLES is a high-octane, no-holds-barred dark fantasy epic from writer Phillip Kennedy Johnson (Last Sons of America, Warlords of Appalachia, AQUAMAN) and artist Riccardo Federici (DARK NIGHTS: METAL, AQUAMAN), featuring additional work from Kai Carpenter (BOOKS OF MAGIC), Dean White (ALL-STAR BATMAN, Uncanny X-Force) and Jared Blando (Dungeons & Dragons).
In Shops: Oct 30, 2019
SRP: $4.99
View All Items In This Series
ORDER SUBSCRIBE WISH LIST