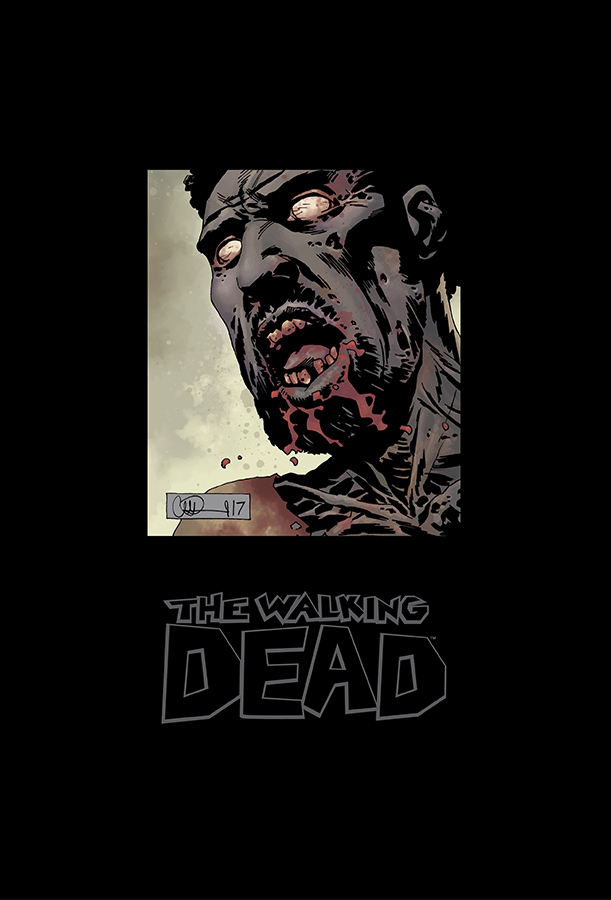 AUG190136
(W) Robert Kirkman (A) Stefano Guadiano, Cliff Rathburn (CA) Dave Stewart (A/CA) Charlie Adlard
The New York Times bestselling, Eisner Award winning THE WALKING DEAD series takes readers on the harrowing journey of Rick Grimes: a small town sheriff's deputy who slipped into a coma and awoke in an apocalyptic landscape where the undead have risen and prey on the living. Character drama, suspense, and dystopian survival horror collide in this pop culture phenomenon by Robert Kirkman (Super Dinosaur, Oblivion Song, Invincible) and Charlie Adlard upon which the hit AMC television series is based.

This deluxe hardcover edition collects the final 25 issues of the hit series-along with a cover art gallery for the issues-together in one massive, oversized slipcased volume. Collects THE WALKING DEAD #169-193.
In Shops: Nov 06, 2019
SRP: $150.00
View All Items In This Series
ORDER SUBSCRIBE WISH LIST