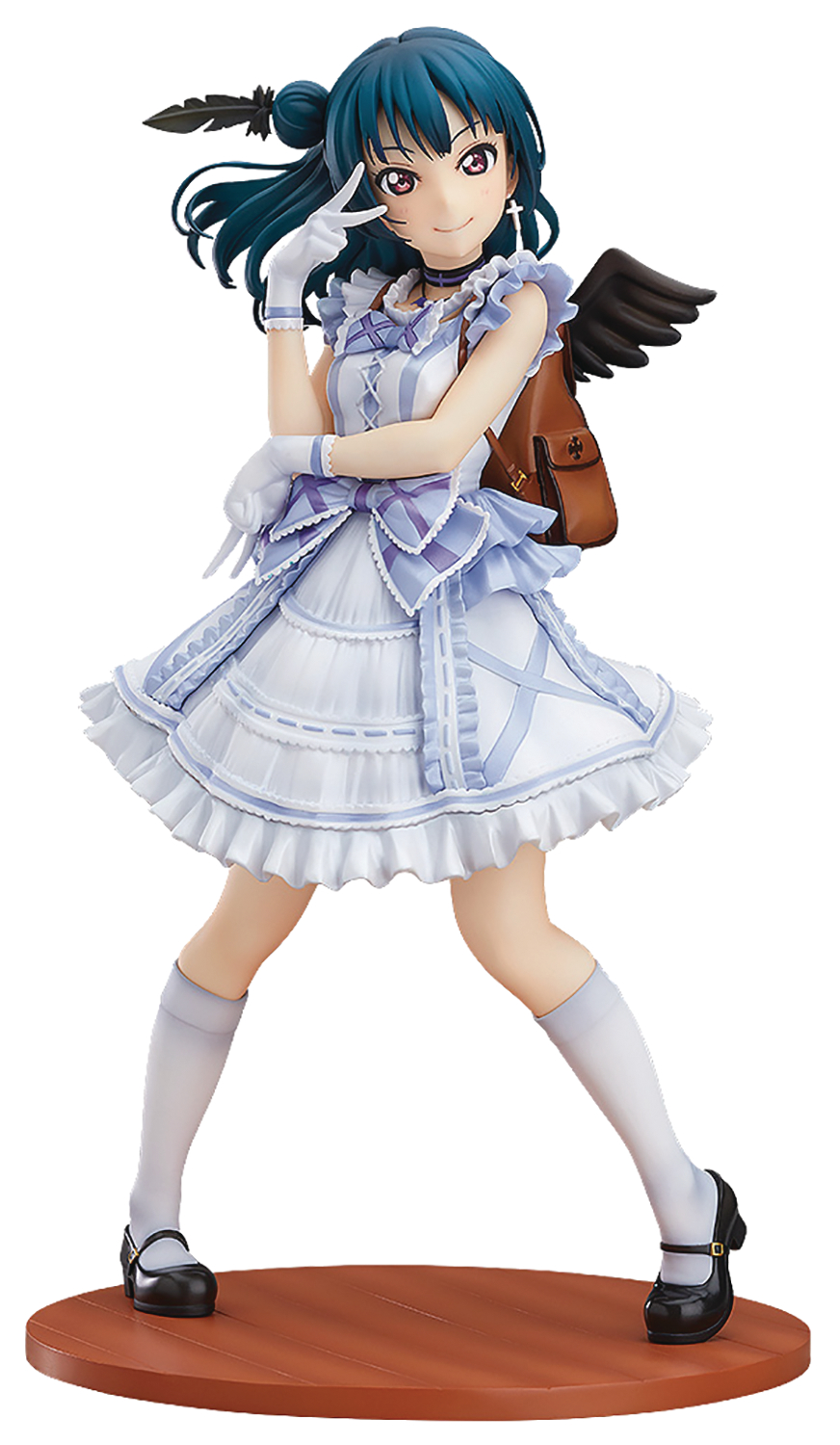 AUG188844
From Bandai Namco. The sixth figure in the With Fans! series! The fallen angel Yohane descends! From the anime series LoveLive!Sunshine!! comes a 1/7-scale figure of Yoshiko Tsushima based on the illustration that was used as a jacket illustration for the one of the Blu-rays of the first season! Yoshiko has been sculpted with her proud-looking expression in her signature pose. With the color white as a base, her outfit features an elegant paintjob that gives off a sense of gradation, making for a pure and clean appearance. The abundant frills of her dress have been carefully sculpted as well.