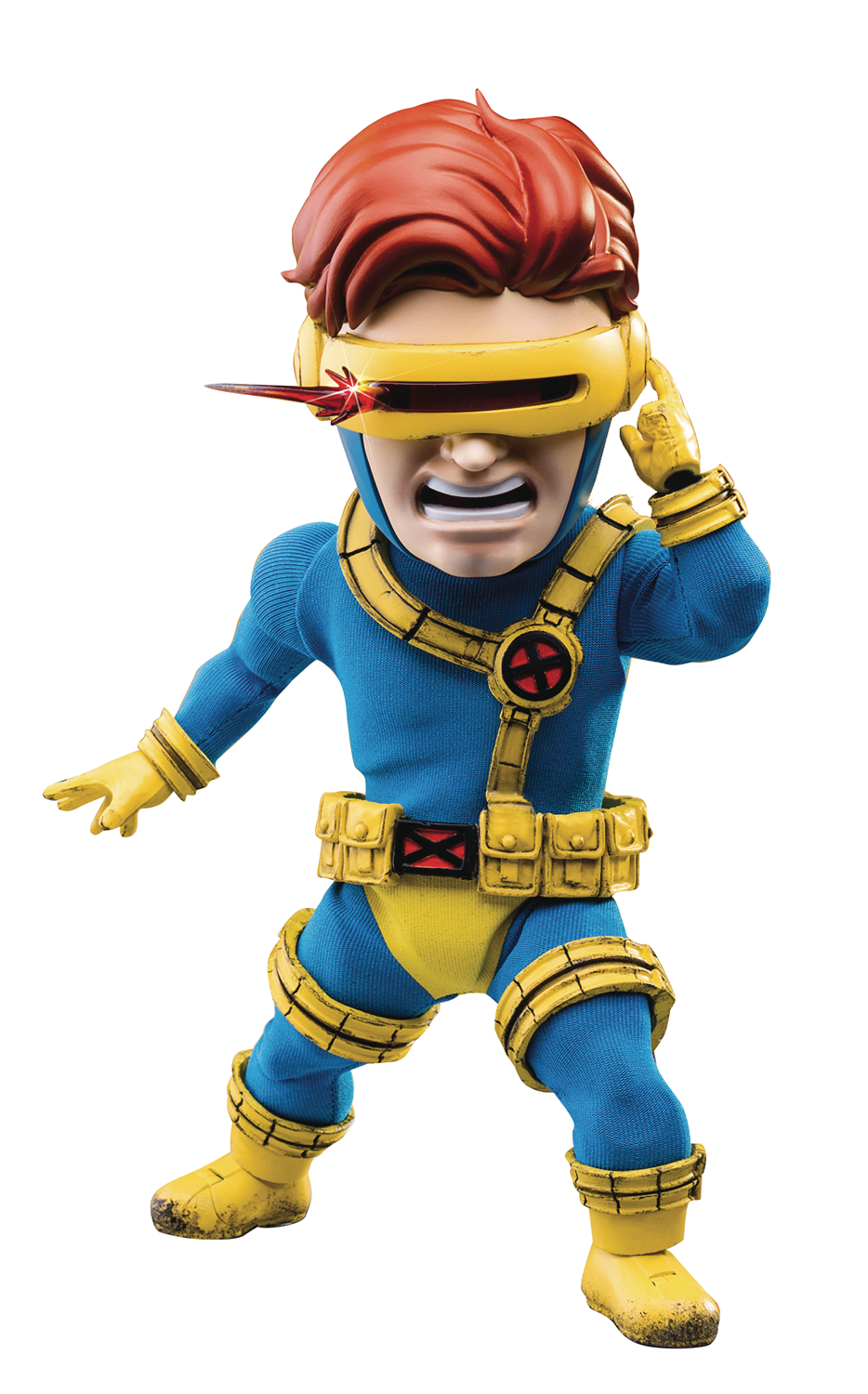 AUG188677
From Beast Kingdom. A PREVIEWS Exclusive! Over half a century has passed since the series' debut in early 1963, but today, in 2018, the X-Men comics are still an unmatched classic to its fans. Cyclops incorporates the proportions of the Egg Attack Action cute version, featuring a newly developed, fully poseable body and high-elasticity fabric, making the figure faithful to the design from the original comics. A weathered and dirty finish will be combined with the cute design and lifelike effects to re-create Cyclops dressed in his classic blue battlesuit and the iconic ruby-quartz visor. In addition to the multiple interchangeable mouth shapes and hand gestures which can be mixed and matched according to your display scenario, we now offer even more special-effect accessories so that Cyclops can shoot out destructive beams proportional to the scenario and his level of fury.
In Shops: Apr 10, 2019
SRP: $80.00
ORDER WISH LIST