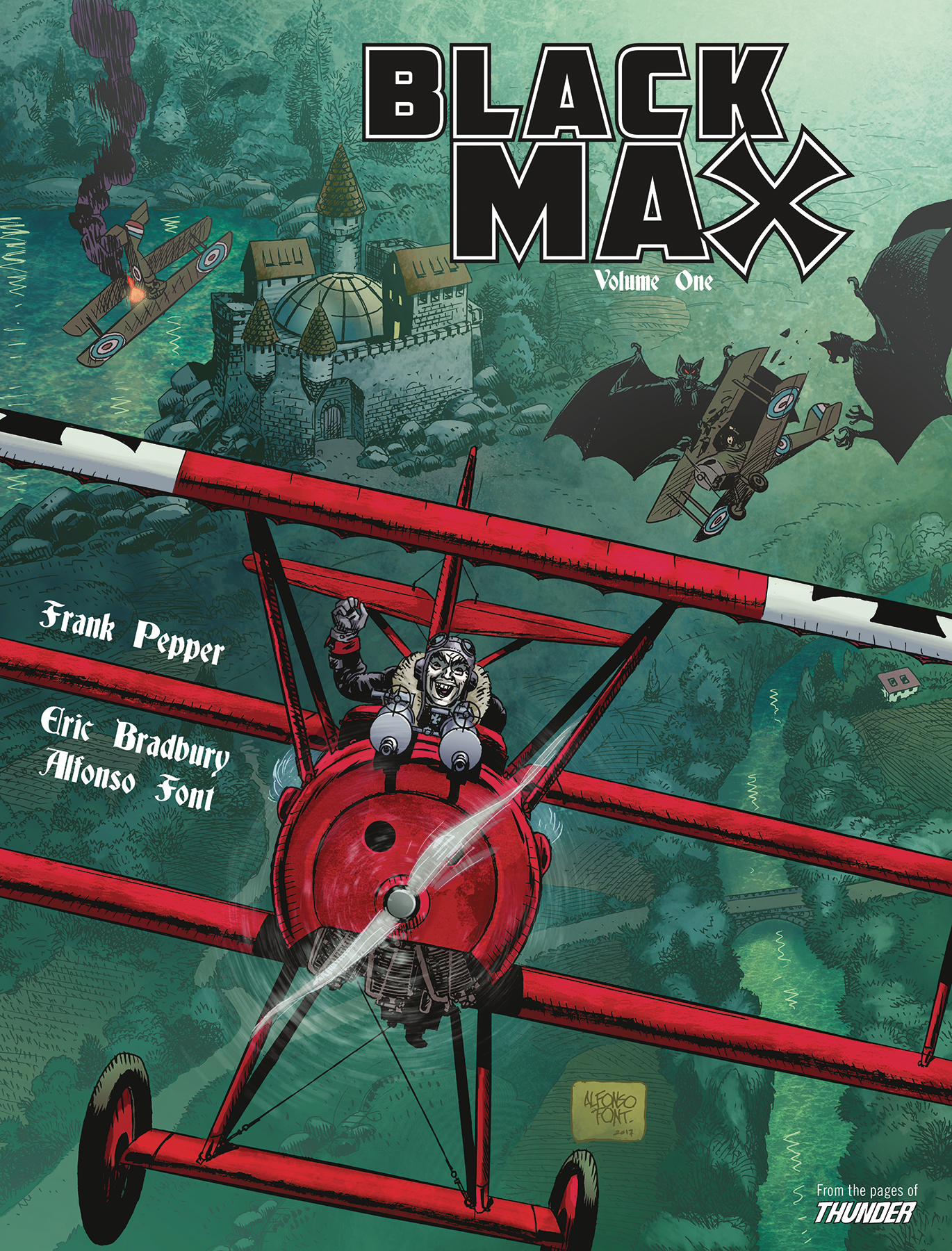 AUG182151
(W) Frank Pepper (A) Eric Braddock, Alfonso Font
Ace fighter pilot Baron Maximilien Von Klorr is the scourge of the skies, menacing the Allied forces during the bloodiest battles in WWI. Skilled, ruthless and in possession of two giant, mutated kingbats who fight by his side, Von Klorr AKA Black Max is almost unstoppable. Only the brave pilots of the Royal Flying Corps, including Lieutenant Tom Wilson, oppose the Black Max's complete dominance of the air. Thrilling supernatural war comics from the pages of classic British comics Lion and Thunder!
In Shops: Nov 14, 2018
SRP: $16.99
View All Items In This Series
ORDER WISH LIST