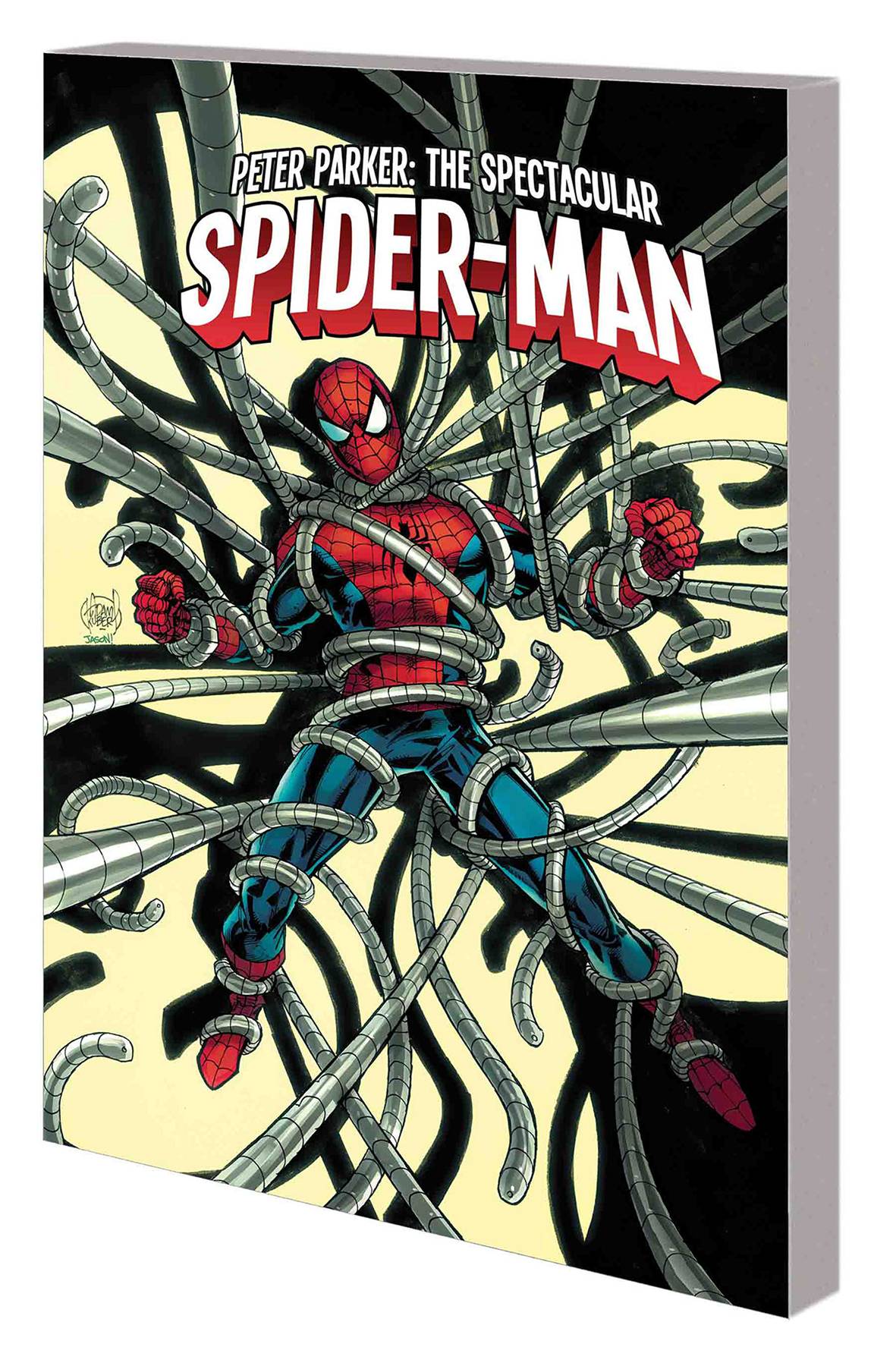 #
AUG181091
(W) Chip Zdarsky (A) Juan Frigeri, Chris Bachalo, Chip Zdarsky (A/CA) Adam Kubert
Peter Parker, and his allies Teresa Parker and J. Jonah Jameson have saved the past from the Tinkerer's nefarious scheme - that's good! But they've returned to a future they never knew - that's bad! Because in a world without Spider-Man, Norman Osborn reigns supreme! Can Spidey trust one of history's greatest villains to help him fix the timeline? Meanwhile, the Vedomi, a universal collective of artificial intelligences, are intent on destroying all mankind - and it's up to Spidey to stop them! Then, brace yourself for a Sandman story like no other, as what should have been a simple altercation suddenly turns very dark! And in a very special tale, filmmakers set out to document Spider-Man's impact on New York City - but there's no way they could have predicted what happens to them next! Collecting PETER PARKER: THE SPECTACULAR SPIDER-MAN (2017) #304-310.
Rated T
In Shops: Nov 21, 2018
SRP: $19.99
View All Items In This Series
ORDER SUBSCRIBE WISH LIST