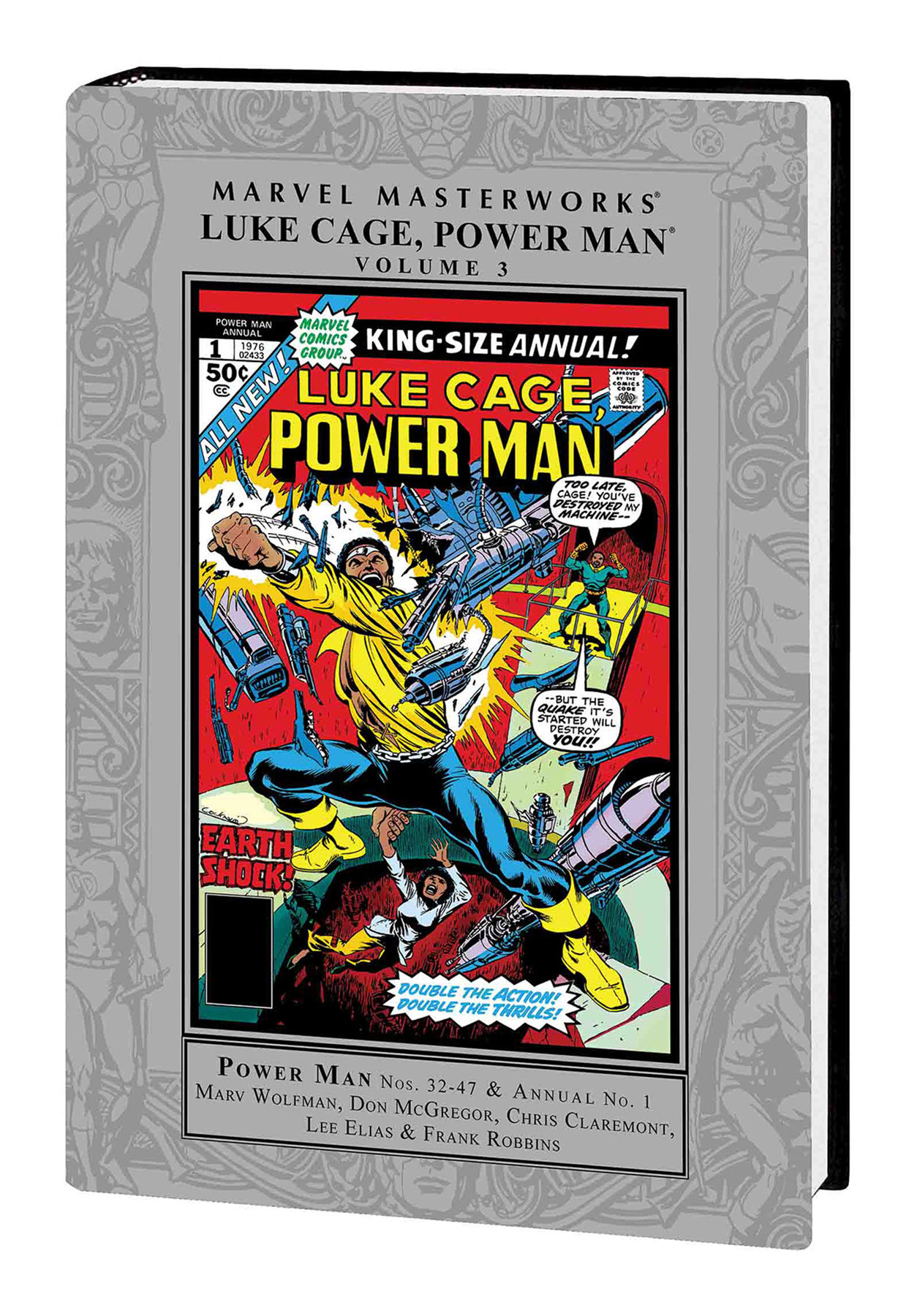 AUG181073
(W) Don McGregor, More (A) Frank Robbins, More (CA) Dave Cockrum
Luke Cage defends the streets of New York City - and even takes the fight to the outer boroughs - in this Marvel Masterworks volume completing his solo adventures! Cage will face menaces as tough as Moses Magnum, as bizarre as the Mace...and as infuriating as the Gem Theater's always unpredictable vending machine. It's all set against the gritty streets of 1970s Times Square, a location as colorful as anything Marvel's minds have ever conjured up! In addition to these fearsome foes, Cage must also battle an all-new and amped-up Chemistro, the Spear who seeks to settle a score with the man who made Luke Cage bulletproof, and an adversary as unstoppable as death itself: the IRS! Collecting POWER MAN #32-47 and ANNUAL #1.
Rated T
In Shops: Feb 13, 2019
SRP: $75.00
View All Items In This Series