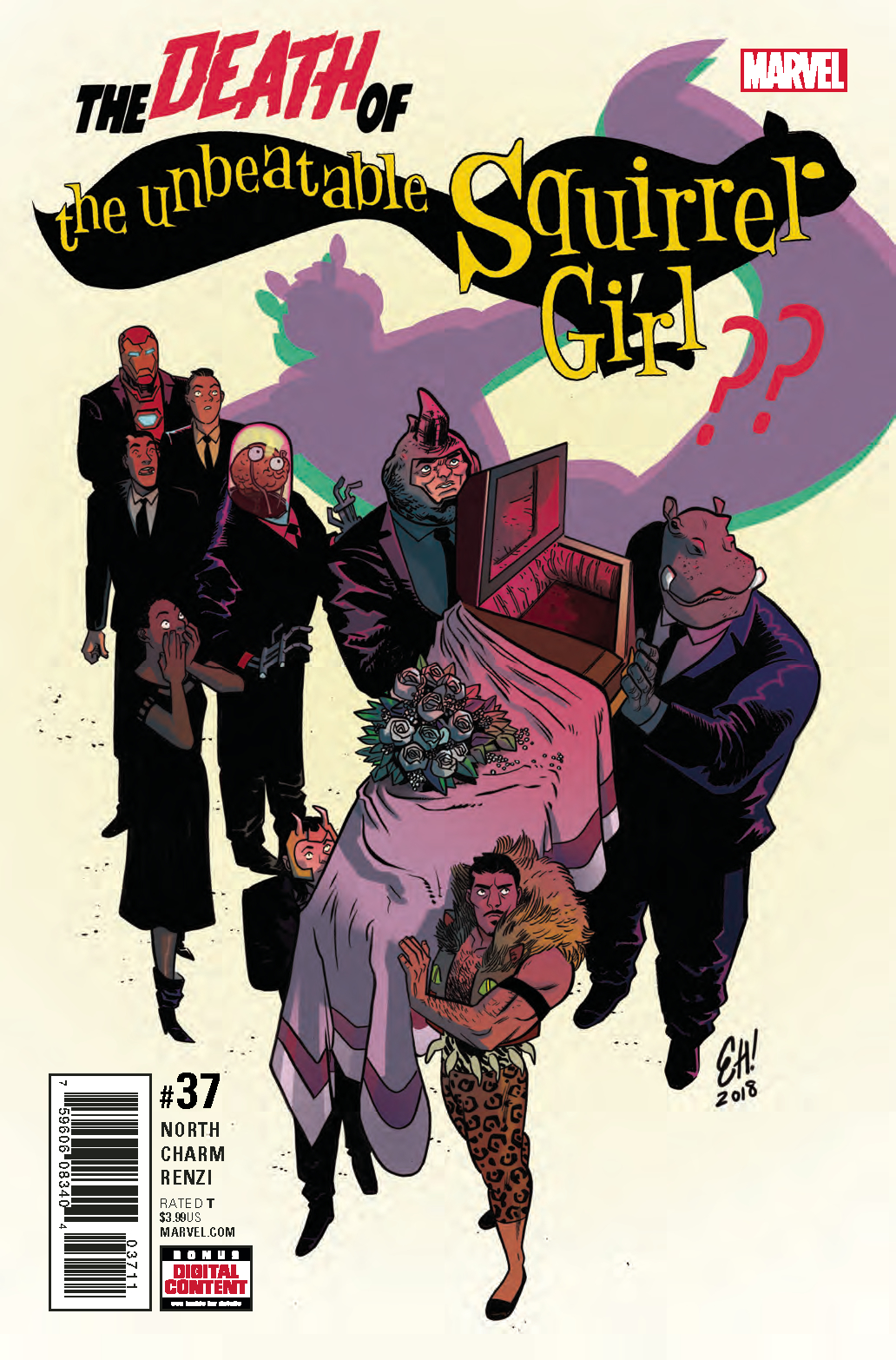 AUG181022
(W) Ryan North (A) Derek Charm (CA) Erica Henderson
• It's the latest issue of the all-ages smash hit, THE UNBEATABLE SQUIRREL GIRL! She's defeated Galactus! She's defeated Doctor Doom! Who KNOWS what fun adventures she'll get up to THIS month!
•  Well, we do. And you may want to brace yourselves for this, because this issue begins an all-new story arc called..."THE DEATH OF SQUIRREL GIRL"!
•  Has the Unbeatable Squirrel Girl been BEATEN? Is this TRULY the end of Doreen Green? We haven't canceled the comic so it doesn't seem likely, but can you REALLY be sure? What if this issue installment actually IS the one Squirrel Girl dies in and you miss out because you didn't buy it?
•  So I guess what we're saying here is everyone should definitely buy this comic.
•  PLUS: This issue also has Wolverine in it for LITERALLY several pages!
Rated T+
In Shops: Oct 10, 2018
SRP: $3.99
View All Items In This Series