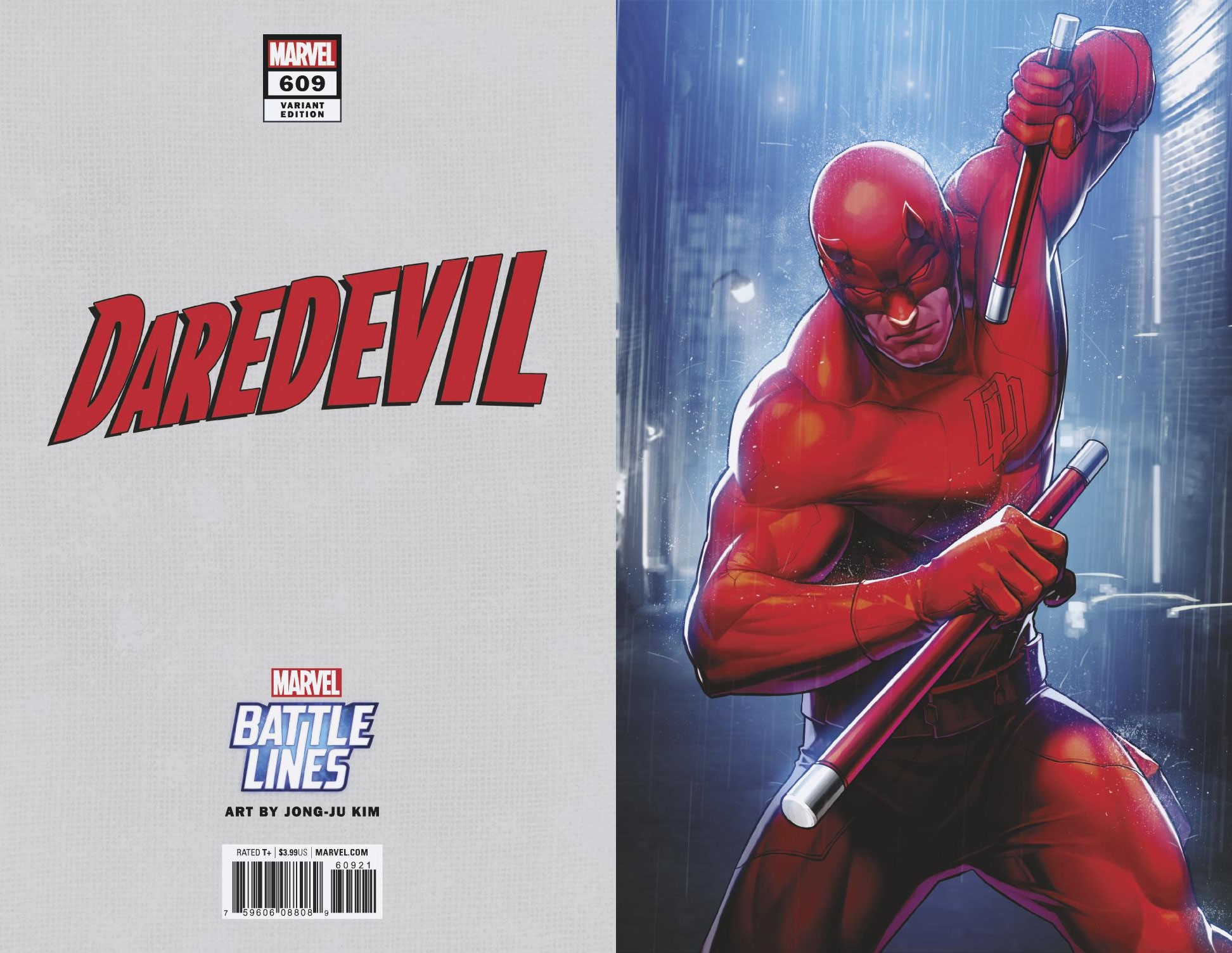 AUG181003
(W) Charles Soule (A) Phil Noto (CA) Jong-Ju Kim
• The eleventh hour draws near as Matt Murdock prepares to square off against the Kingpin of Crime!
•  Matt is forced to ask himself how long he can take hits against the ropes as Daredevil before he has to hang up the horns.
•  But first, Matt will have to embark on a crusade to free the city of New York from Wilson Fisk's mayoral reign!
Rated T+
In Shops: Oct 17, 2018
SRP: $3.99
View All Items In This Series