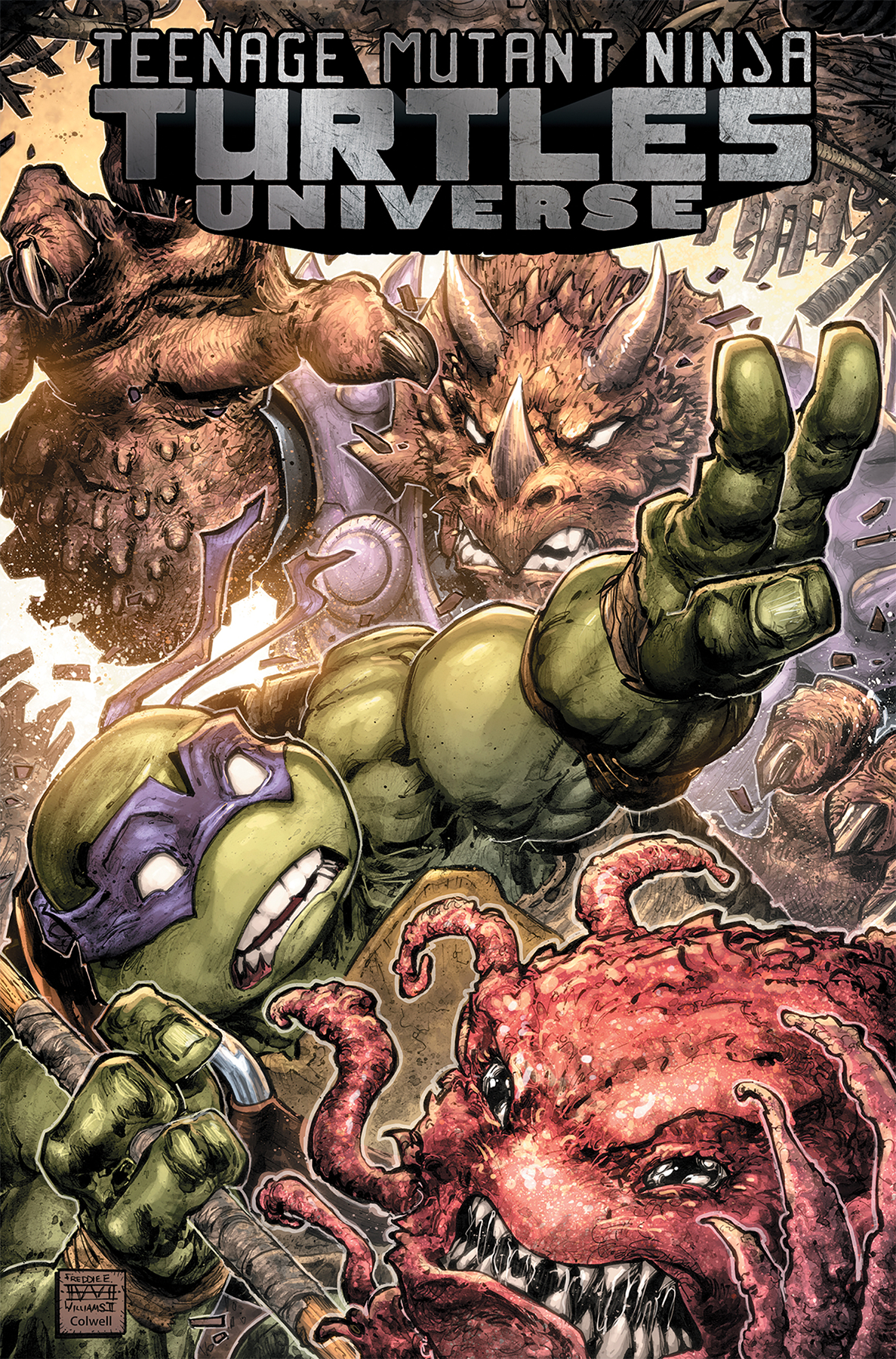 AUG180745
(W) Paul Allor, Caleb Goellner, Ross May, Ryan Ferrier, Rich Douek, Ian Flynn (A) Mark Torres, Pablo Tunica, Chris Johnson, Brahm Revel, Buster Moody, Nelson Daniel (CA) Freddie Williams II
Comics' biggest creators make their mark on the Turtles universe! Go beyond the main series in this exciting anthology of stand-alone stories. Find out what becomes of the Triceratons after the Invasion! Will they get along with their new neighbors or become victims of a terrifying new villain? Plus, can Donatello mediate a truce between the Utroms and the Triceratons, or will fanatics on both sides cause a deadly derailment? The fate of alien life on Earth hangs in the balance! Collects issues #21-25.

Advance solicited for November release!
Features some of the biggest names in comics telling stand-alone stories from across the Turtles' world.
In Shops: Oct 10, 2018
SRP: $19.99
View All Items In This Series