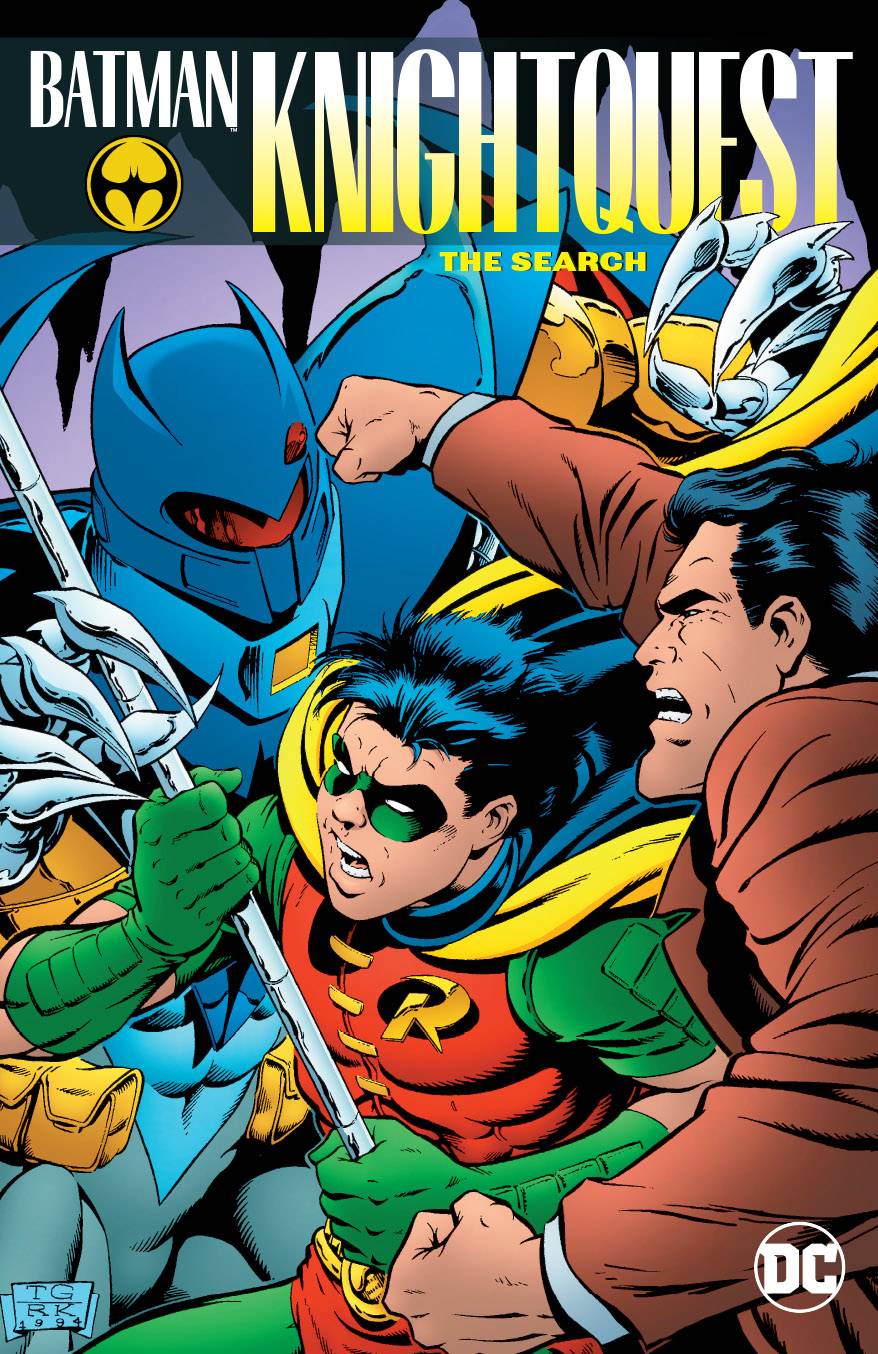 #
AUG180600
(W) Chuck Dixon, Alan Grant, Dennis O'Neil (A) Bret Blevins, Ron Wagner, Sal Velluto, Eduardo Barreto, Jeff Albrecht, Ron McCain (A/CA) Tom Grummett, Ray Kryssing
Still recovering from his devastating encounter with Bane, and utilizing specially designed accoutrements, Bruce Wayne and Alfred are on the trail of Robin's father and Shondra Kinsolving, both kidnapped by a mysterious new foe lurking in the shadows. Shondra may be the only person on Earth who can repair Bruce's badly damaged body. To rescue her, he will have to push himself mentally and physically before it is too late. Collects Justice League Task Force #5-6, Batman: Shadow of The Bat #21-23, Batman: Legends of The Dark Knight #59-61 and Robin #7.
In Shops: Nov 21, 2018
SRP: $19.99
ORDER WISH LIST