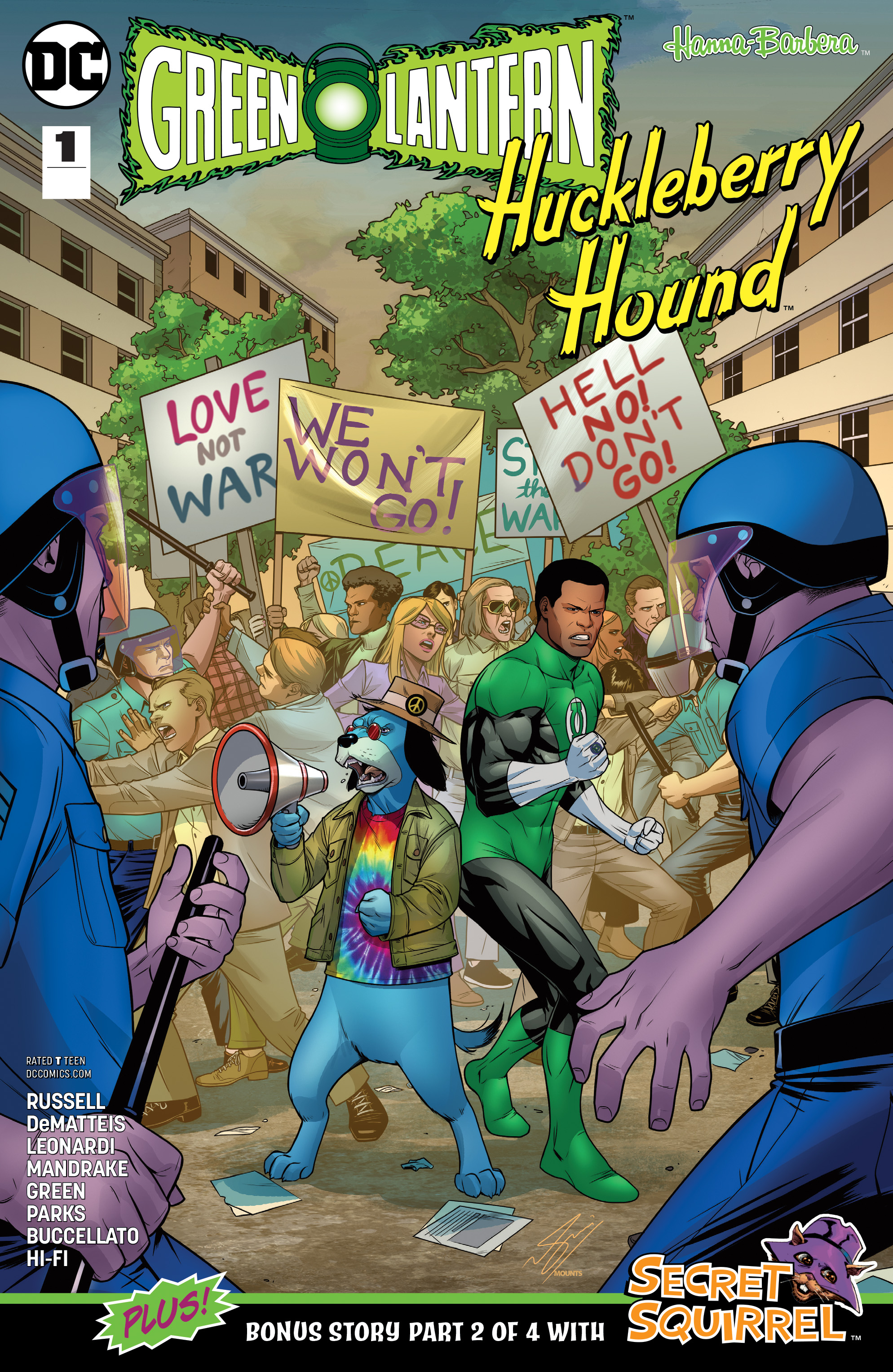 AUG180489
(W) Mark Russell, J.M. Dematteis (A) Rick Leonardi, Tom Mandrake, Dan Green, Ande Parks (CA) Sami Basri
Set against the turbulent backdrop of the early 1970s, Green Lantern and Huckleberry Hound join forces to take a stand on the issues of that era. Returning from recent duty in Vietnam, veteran Marine John Stewart-now a member of the Green Lantern Corps-contemplates what, if anything, he should do about the issues tearing his country apart. Meanwhile, Huckleberry's comments against the Vietnam war have left him a celebrity outcast, and a visit back home to Mississippi puts him face to face with the Civil Rights Movement. What can one man-and one hound-do? Plus, part two of a Secret Squirrel backup story written by J.M. DeMatteis.
In Shops: Oct 31, 2018
SRP: $4.99