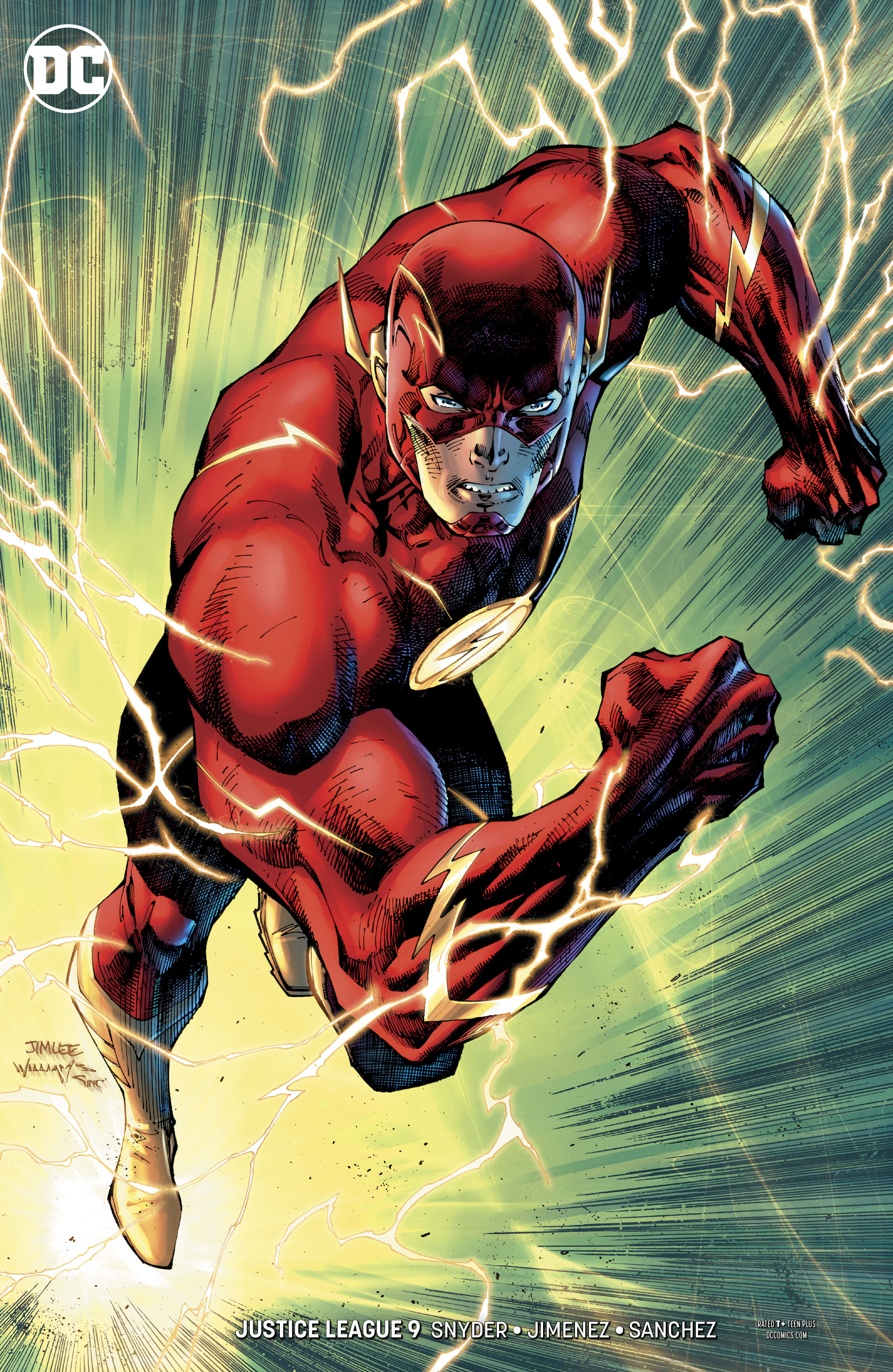 AUG180478
(W) Scott Snyder (A) Jorge Jimenez (CA) Jim Lee, Scott Williams
THE ROAD TO "DROWNED EARTH"! Superman and Batman can't agree on how to put back the moon-you know, the one that went missing in issue #1. On the other hand, Wonder Woman and Aquaman have faith in each other, working together on a new addition to the Hall of Justice. Martian Manhunter takes Hawkgirl under his wing to test out the limits of her recently broken wing, and Flash and Green Lantern get up to some hijinks in the Hall's cafeteria. Can you say super food fight?!
In Shops: Oct 03, 2018
SRP: $3.99
View All Items In This Series