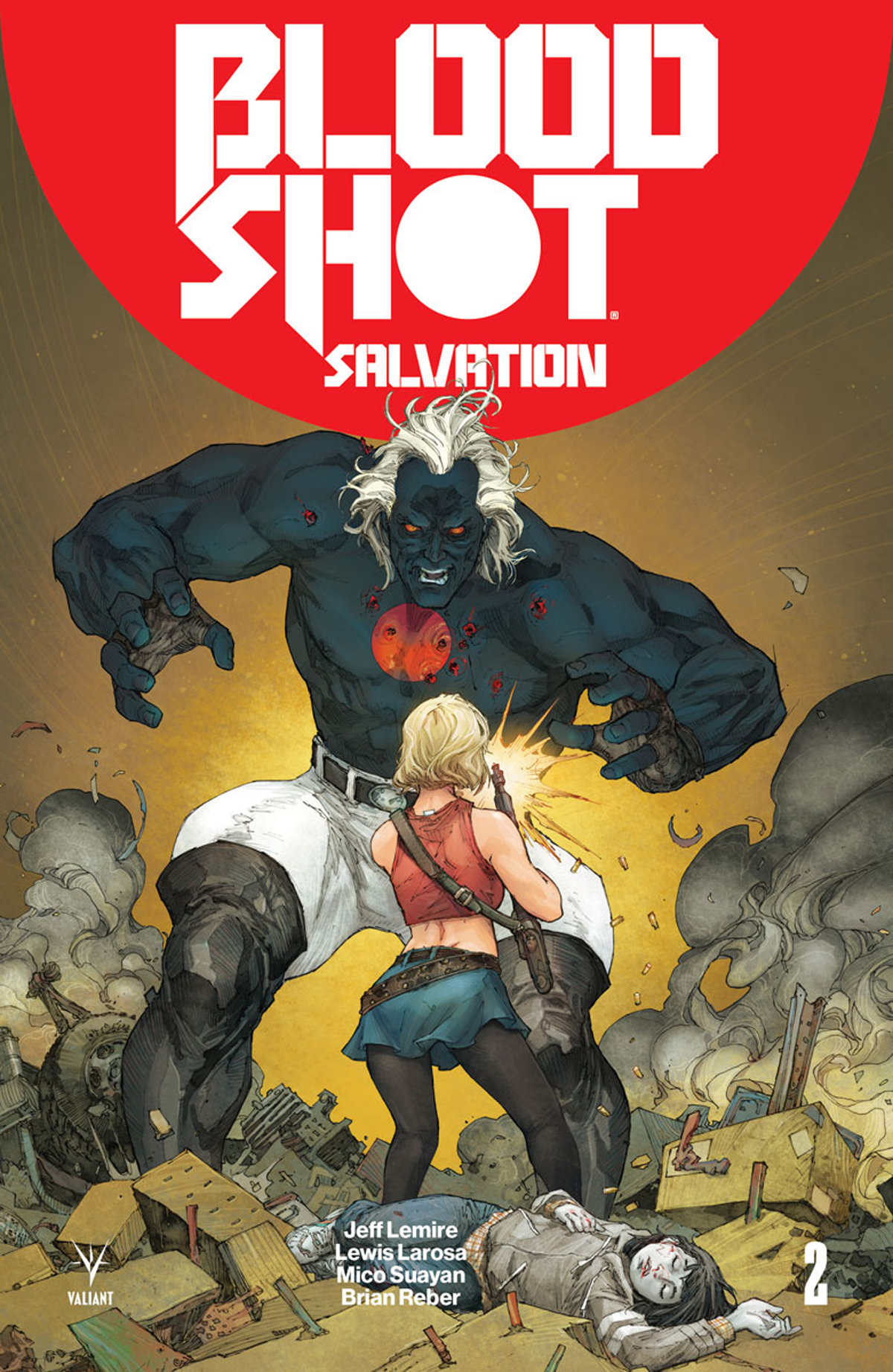 AUG172109
(W) Jeff Lemire (A) Lewis LaRosa, Mico Suayan (CA) Kenneth Rocafort
Salvation through sacrifice!
Today: Ray Garrison and his true love, Magic, thought they had left their days of tumult and violence behind them as they raise their newborn daughter, Jessie, in the quiet isolation of the countryside... Until Magic's father - the depraved cultist simply named "Daddy" - seeks to bring his wayward progeny back into his flock by any means necessary. Now, torn between the family that loves him and the rage within, the walking weapon of war once called Bloodshot is about to give into revenge...
Meanwhile: In the near future, can Magic and the now-adolescent Jessie outmaneuver the nanite-infused killer called Rampage long enough to answer the question that has haunted them for years... Whatever happened to the man they both loved? Whatever happened to Bloodshot?
Valiant's most stunning series of the fall fights family and fate when New York Times best-selling writer Jeff Lemire (Black Hammer, Descender) and extraordinary artists Lewis LaRosa (BLOODSHOT REBORN) and Mico Suayan (BLOODSHOT REBORN) soldier forward for a heart-wrenching, revenge-fueled firefight!
In Shops: Oct 25, 2017
SRP: $3.99
View All Items In This Series
ORDER WISH LIST