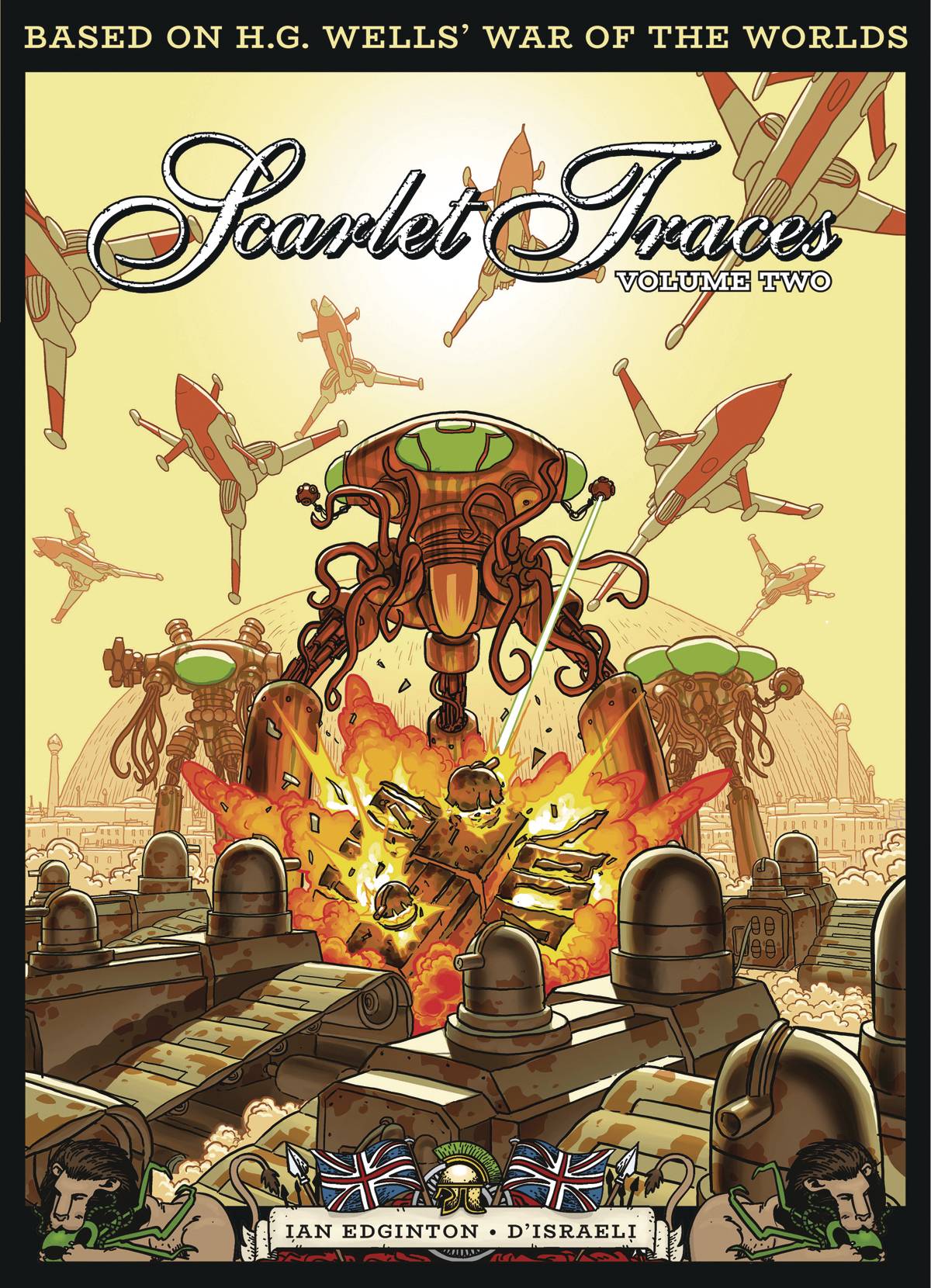 #
AUG171920
(W) Ian Edington (A/CA) D'Israeli
The brand new series of Scarlet Traces continues the story of HG Wells' classic SF The War of the Worlds, taking the story back to Mars. Thanks to the technology left behind by the Martians and salvaged by the survivors, the British Empire has become a dominating world power once again, and has taken the fight back to the Martians! But an aging Robert Autumn knows there is more to this war than the propganda suggests. He sends journalist Charlotte Hemmingway undercover to Mars in order to discover the truth. What she discovers there is truly earth-shattering! This volume contains the very latest series of Scarlet Traces, which has never been collected before.
In Shops: Oct 11, 2017
SRP: $23.99
View All Items In This Series
ORDER SUBSCRIBE WISH LIST