BEN REILLY SCARLET SPIDER TP VOL 01 BACK IN THE HOOD 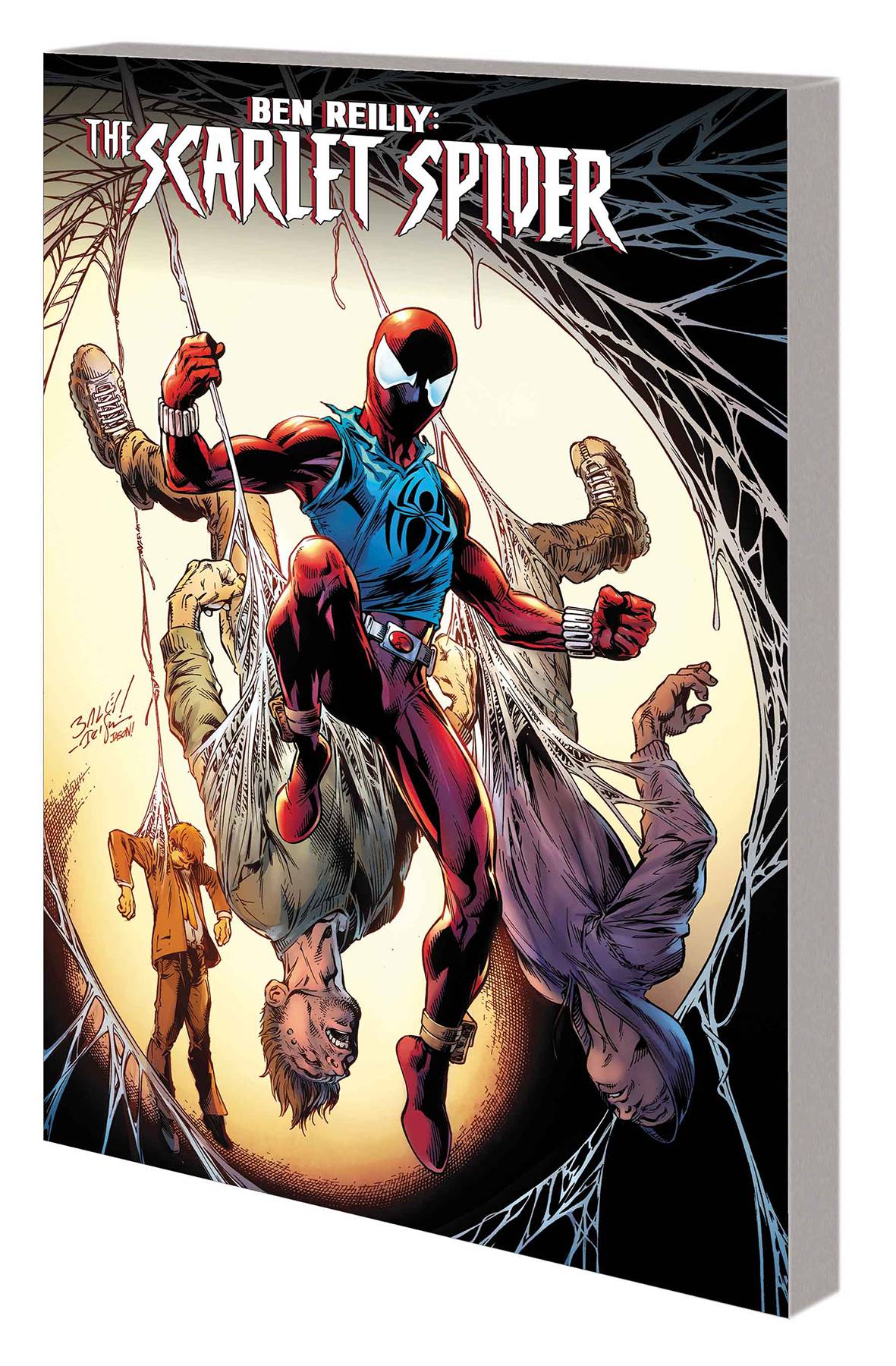 #
AUG171022
(W) Peter David (A/CA) Mark Bagley
One of the most controversial characters in comic-book history returns! You all remember Ben Reilly - Spider-Man's clone, created by the Jackal, who returned years later to turn Peter Parker's life upside down! Ben became the Scarlet Spider and even took Peter's place as Spider-Man for a time, before dying a hero's death. Now, in the aftermath of the Clone Conspiracy, Ben Reilly is back! But he's not the same Scarlet Spider he was before. Sure, he may be putting on the classic threads, but he's madder than ever - and at odds with a deeply connected crime lord and her bruiser of a bodyguard. But they're not the only ones who have it in for him - because where Ben goes, can Kaine be far behind? Collecting BEN REILLY: SCARLET SPIDER #1-5 and material from CLONE CONSPIRACY: OMEGA #1.
Rated T+
In Shops: Oct 25, 2017
SRP: $15.99
View All Items In This Series
ORDER SUBSCRIBE WISH LIST