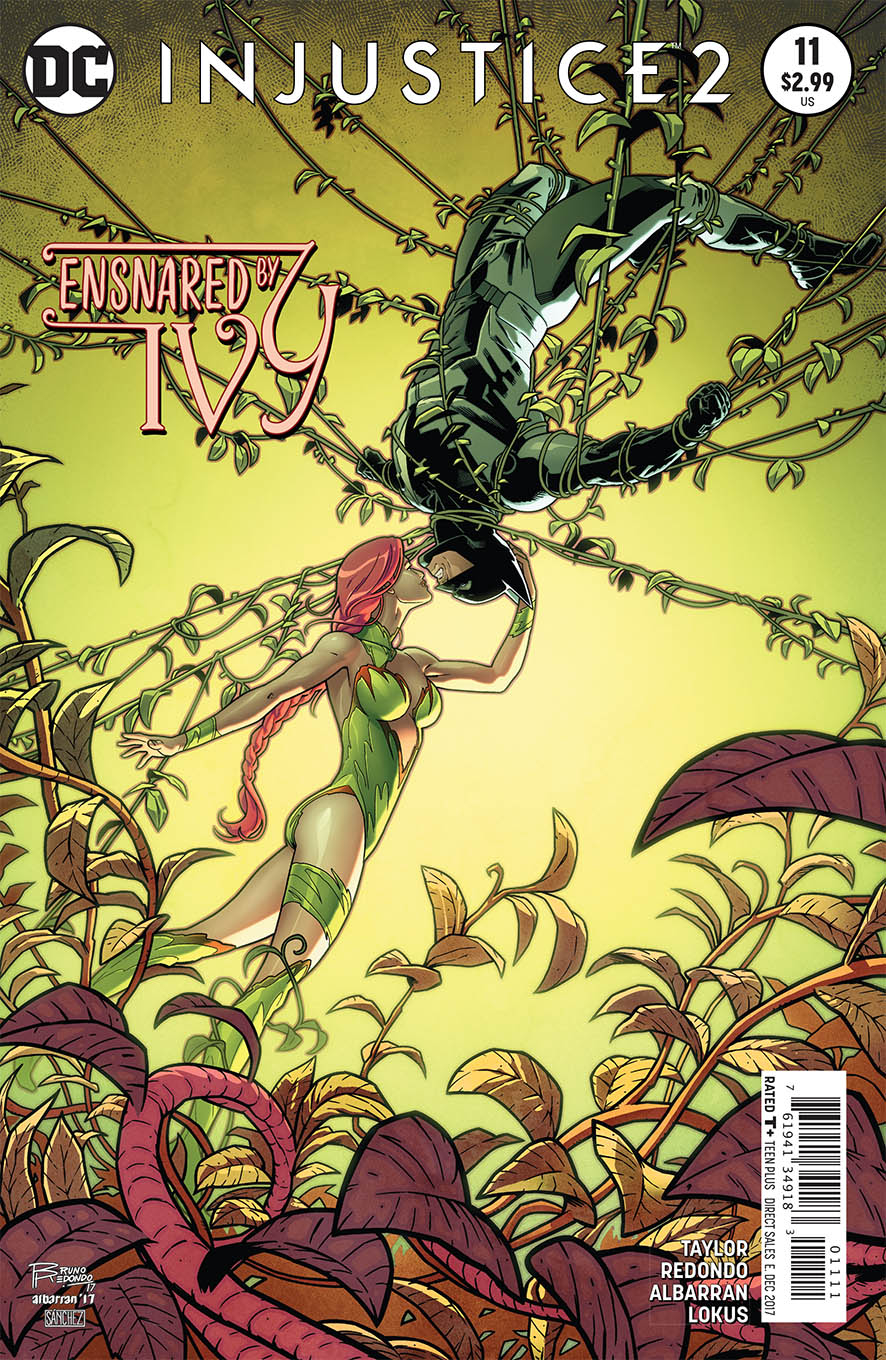 AUG170289
(W) Tom Taylor (A/CA) Bruno Redondo, Juan Albarran
The siege of Ra's al Ghul's jungle stronghold builds to a fever pitch, with Batman ensnared by a furious Poison Ivy. The team frantically searches for the kidnapped children but Damian's not about to let anyone rescue the man who means more to him than anyone.
RATED T+
In Shops: Oct 04, 2017
SRP: $2.99
View All Items In This Series