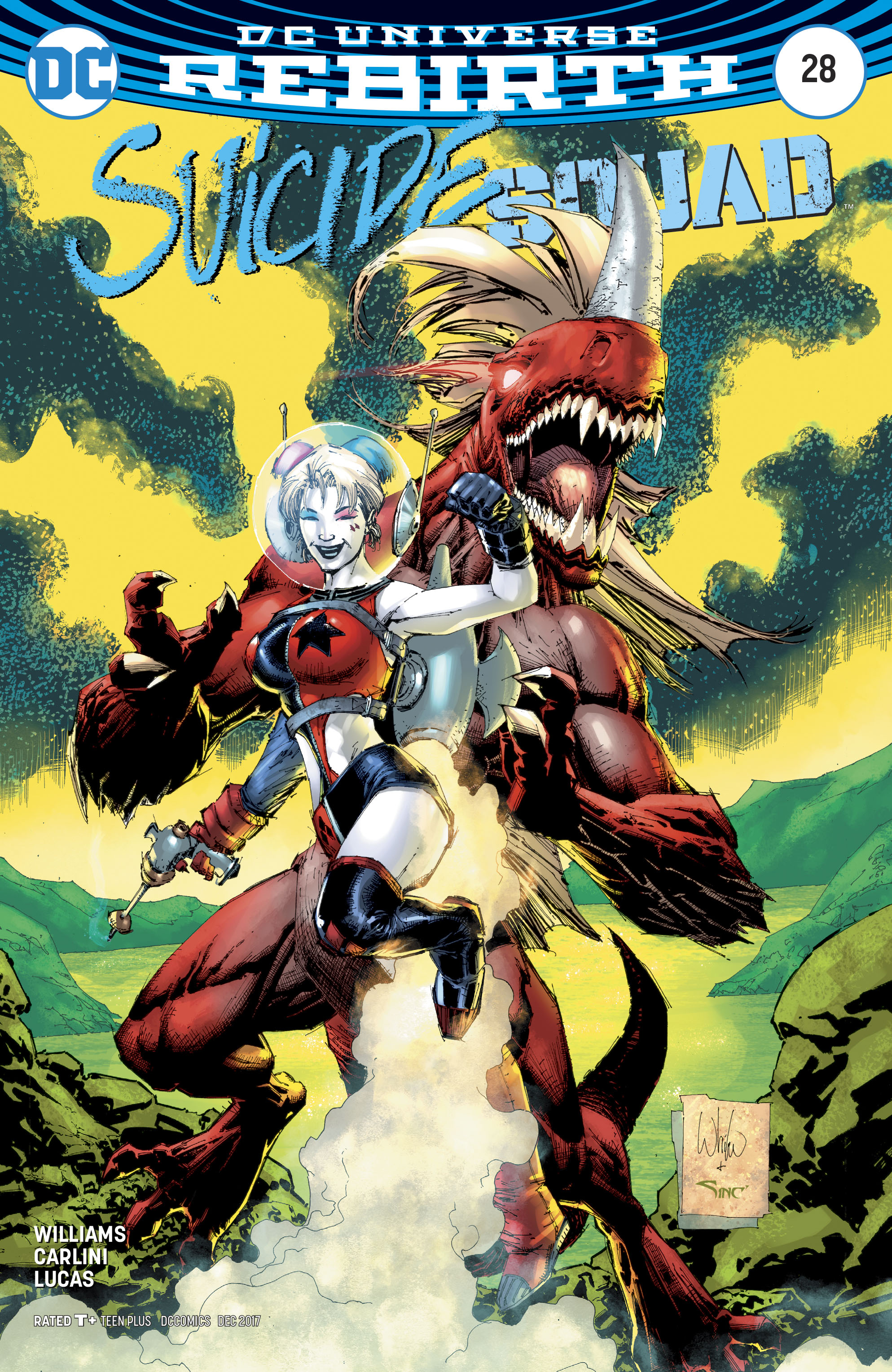 AUG170248
(W) Rob Williams (A) Eduard Petrovich (CA) Whilce Portacio
"THE SECRET HISTORY OF TASK FORCE X" part two! Strapped to a rocket, sent into orbit and dumped unceremoniously into a decrepit old satellite floating hundreds of miles above the earth, things have never seemed worse for the Suicide Squad-at least until they're set upon by an incredibly deadly alien monster. Yeah, that's worse. But at the heart of the mysterious space station hides a pair of long-lost DC characters ready to shake Task Force X to its very foundation.
RATED T+
In Shops: Oct 25, 2017
SRP: $2.99
View All Items In This Series
ORDER SUBSCRIBE WISH LIST