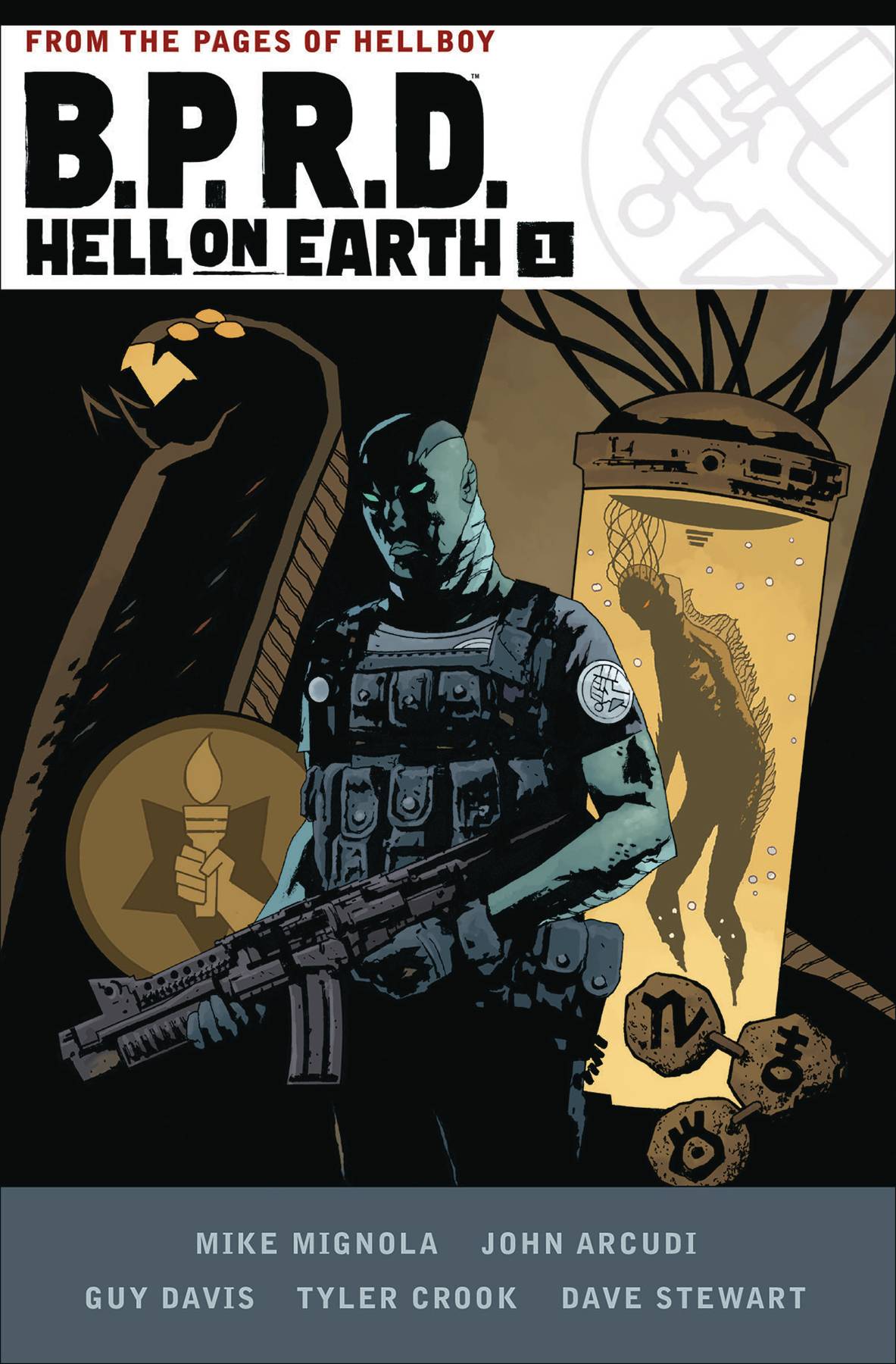 #
AUG170025
(W) John Arcudi, Mike Mignola (A) Guy Davis, Tyler Crook, Duncan Fegredo (CA) Laurence Campbell
The plague of frogs has ended, but earth will never be the same, and the fractured B.P.R.D. struggles to battle dangerous monsters and humans alike, from a trailer-park cult to a Russian town ravaged by a zombie-like virus. Guy Davis's final B.P.R.D. story sets the stage for Tyler Crook's (Harrow County) backwoods-horror debut, as Liz Sherman hides from a world that she helped push toward armageddon, and Abe Sapien is shot down by a girl who's seen the world to come.
This deluxe hardcover edition collects B.P.R.D. Hell on Earth volumes 1-3 plus an expanded sketchbook section.
In Shops: Dec 27, 2017
SRP: $34.99
View All Items In This Series
ORDER WISH LIST