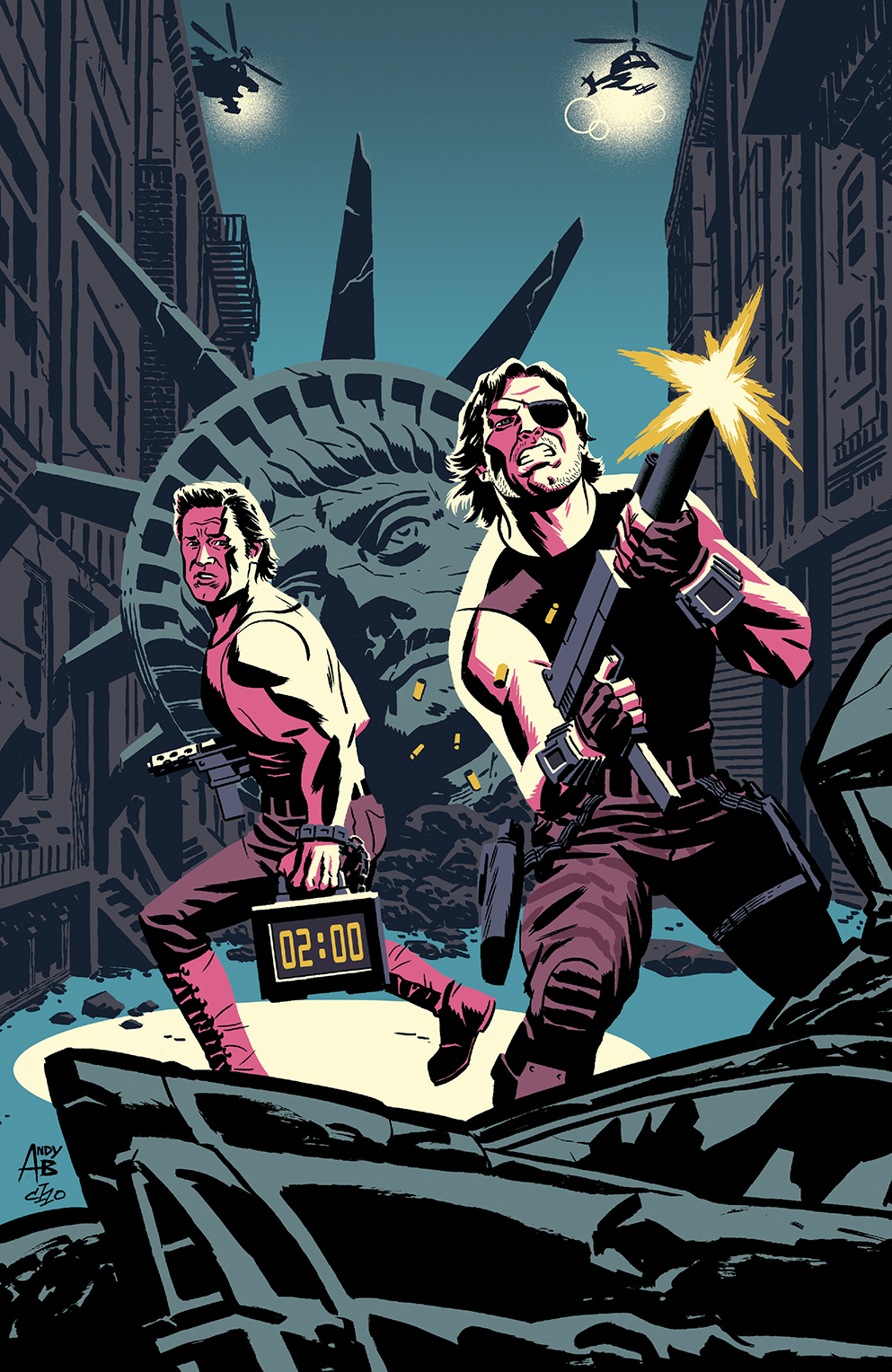 AUG161299
(W) Greg Pak (A) Daniel Bayliss (CA) Michael Cho, Andy Belanger
"It's the mother of all crossovers as Jack Burton and Snake Plissken meet for the first time ever anywhere!"
Done with director John Carpenter's complete blessing, witness this melee of the mullets as two cult classic characters made famous by actor Kurt Russell crossover in an improbable adventure.
As lightning cascades around Jack and his good ol' Pork-Chop Express, he finds himself transported and driving through the horrors of what seems to be the dystopian future of...Escape from New York.
Snake Plissken catches wind of Jack and goes on the hunt to find who is trying to steal his identity.
Prepare for the road trip of a lifetime, with Jack and Snake rumblin' down the streets of a dystopian future to find what craziness caused Jack to jump through worlds.
Written by Greg Pak (Totally Awesome Hulk, Action Comics) and illustrated by Russ Manning Award nominee Daniel Bayliss (Kennel Block Blues, Translucid).
In Shops: Oct 05, 2016
SRP: $3.99
View All Items In This Series