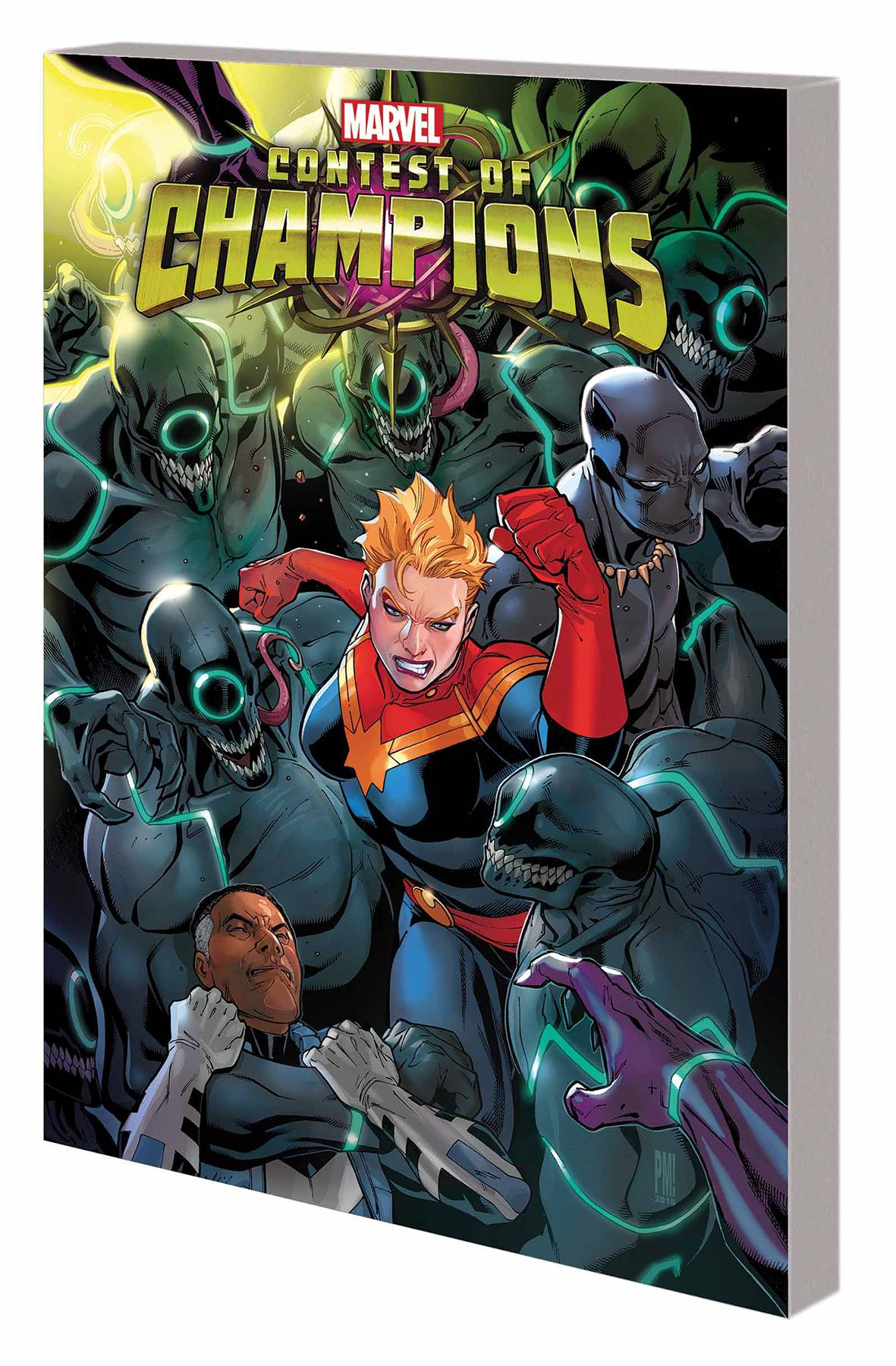 #
AUG161019
(W) Various (A) Various (CA) Paco Medina
Earth's impossible-tackling super-team has entered the game - and that means it's time for Ultimate fighting! But when Captain Marvel, Black Panther and the rest of the Ultimates discover the Contest of Champions, they don't take kindly to it! Is this the end of Maestro's dream of power? Or the start of a whole new level of crazy? Crazy sounds right when the Symbioids join the battle. They're half Venom, half Void - and all deadly! Then, what do you get when you cross CONTEST OF CHAMPIONS with the original CIVIL WAR? Fights! Lots and lots of fights! Because a new team is coming - and they are very pro-registration! Their next mission: exterminate the renegade champions scattered across Battleworld! When Maestro and Iron Patriot share the same stage, which megalomaniac will reign supreme? Plus: the classic first appearance of CONTEST OF CHAMPIONS contestant Nigel Higgins - a.k.a. Outlaw, the British Punisher! Collecting CONTEST OF CHAMPIONS (2015) #7-10 and PUNISHER (1987) #64.
Rated T
In Shops: Nov 23, 2016
SRP: $15.99
View All Items In This Series
ORDER WISH LIST