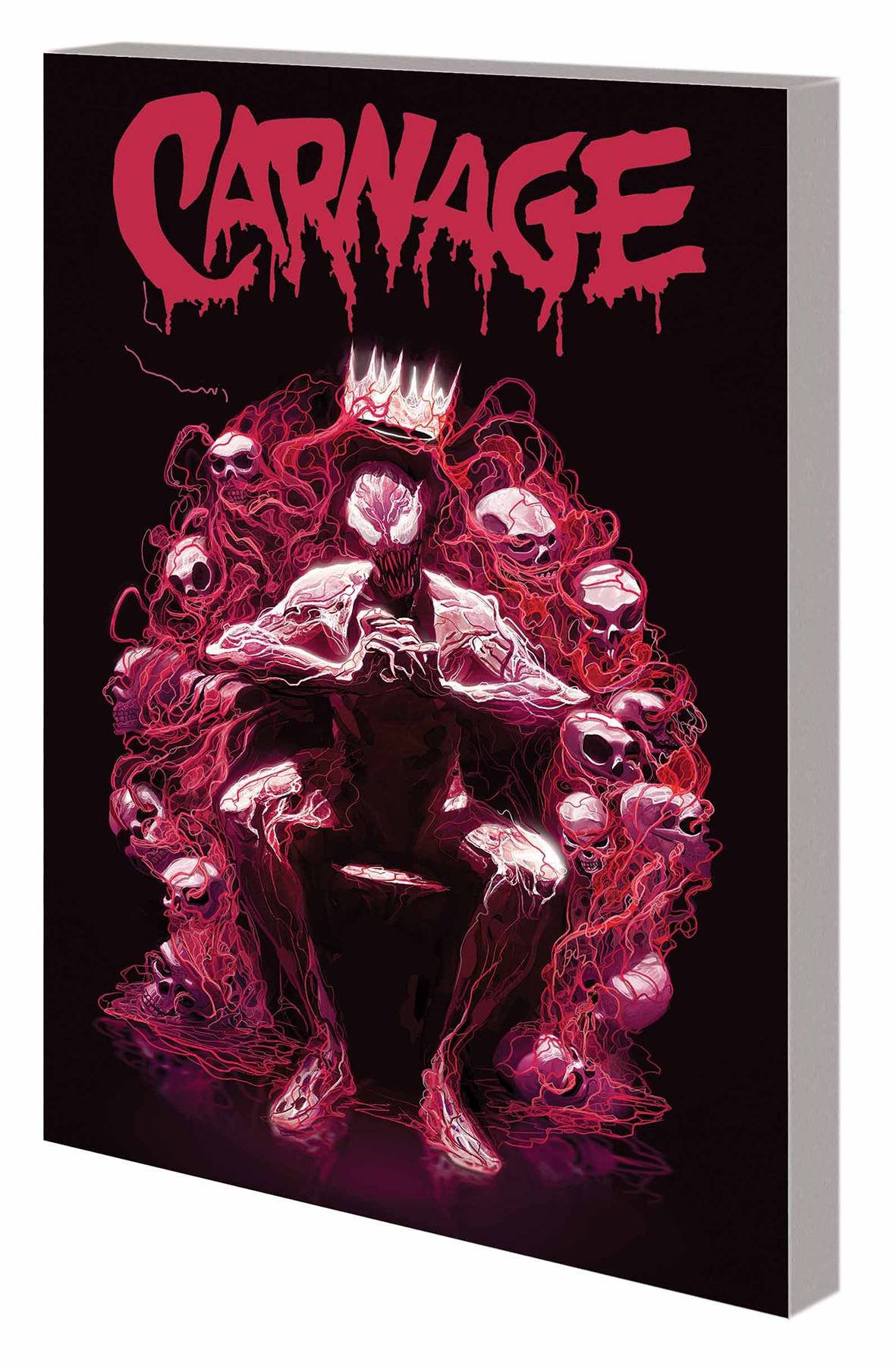 #
AUG161012
(W) Gerry Conway (A) Mike Perkins (CA) Mike Del Mundo
Carnage goes to sea to see the world - and kill it! When South African 16-year-old Jabulile van Scotter started sailing around the globe, she didn't plan on a symbiotic, psychopathic stowaway! Evolved to the next level, the serial killer has plans to turn the oceans red with blood - but the Anti-Carnage Task Force is following the trail of bodies left in his wake. Do Man-Wolf, Eddie Brock & Co. have what it takes to stop this darker-than-ever Carnage? Probably not if one of them turns traitor! Cletus Kasady's thirst for yet more power will take him to a mysterious and secluded island, and its secrets may be even more terrifying than him. As Carnage lives up to his name on the high seas, we're gonna need a bigger boat! Collecting CARNAGE (2015) #6-11.
Rated T+
In Shops: Oct 26, 2016
SRP: $15.99
View All Items In This Series