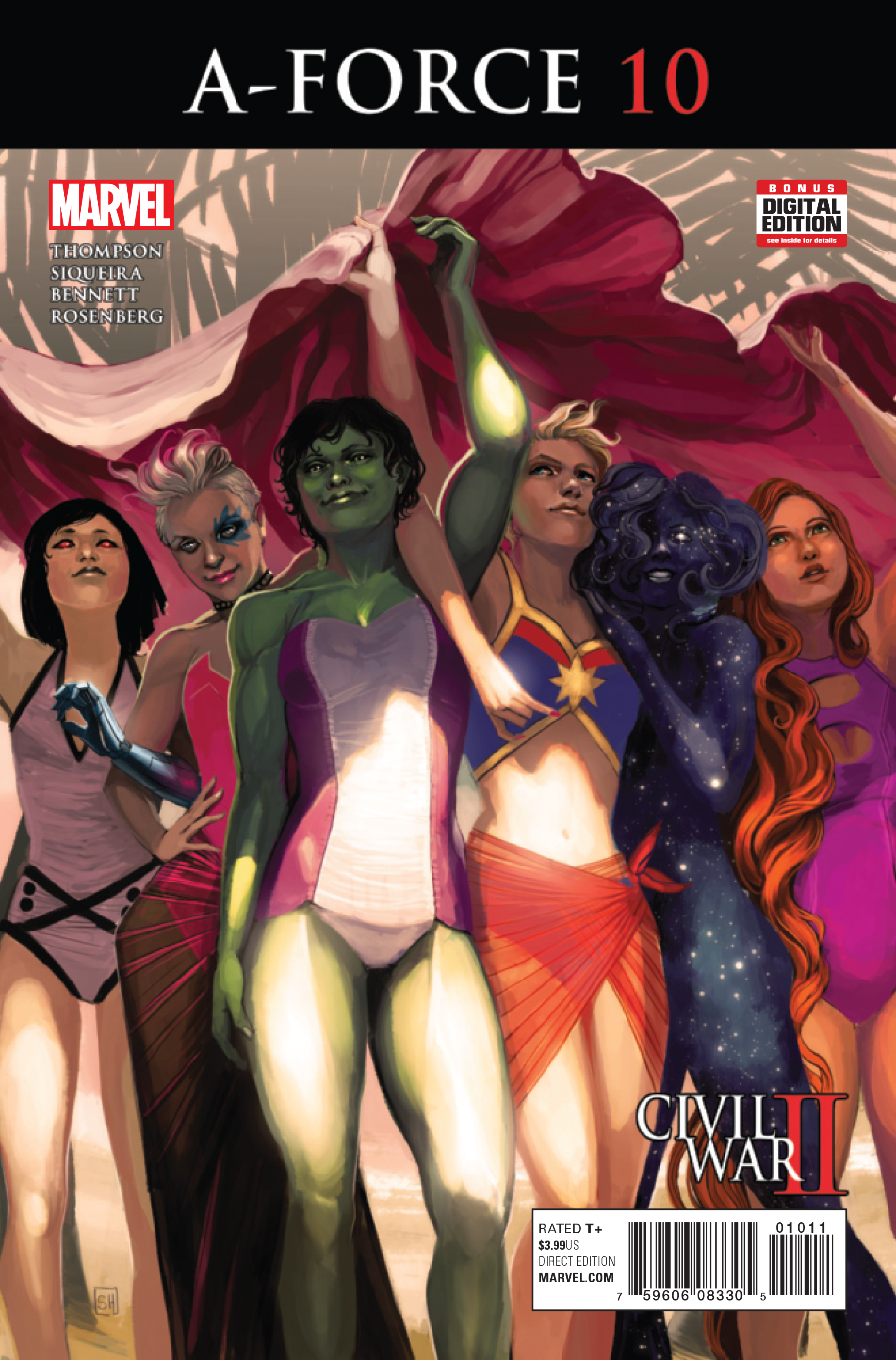 AUG160887
(W) Kelly Thompson (A) Paulo Siqueira, Joe Bennett (CA) Stephanie Hans
CIVIL WAR II TIE-IN!
•  The lives of A-FORCE, a mysterious woman named Alice and an entire town lie in the hands of NICO MINORU.
•  What Nico chooses to do next can save the day but can also make her a murderer - the very thing she's been running from since CAPTAIN MARVEL first tried to arrest her.
•  And if A-Force manages to survive the day, can the team stay together? Or will this be the end of A-Force as we know it?
Rated T+
In Shops: Oct 19, 2016
SRP: $3.99
View All Items In This Series