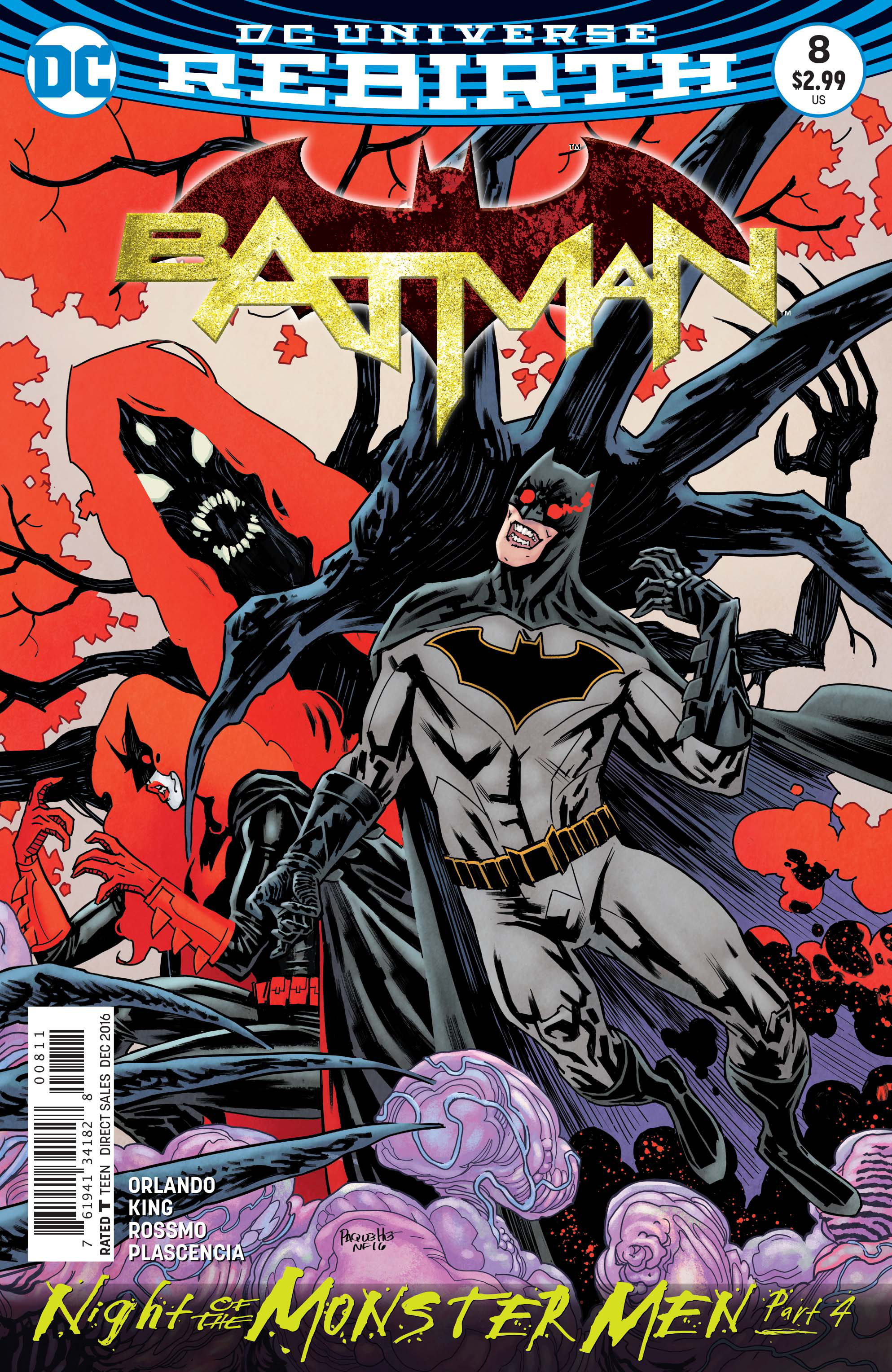 AUG160197
(W) Tom King, Steve Orlando (A) Riley Rossmo (CA) Yanick Paquette
"NIGHT OF THE MONSTER MEN" part four! The giant monsters might be bad, but Gotham's heroes encounter a whole new threat level when two of their own start terrorizing the city! Batman must face the horrifying possibility of losing two of his closest allies to Hugo Strange's vicious attack.
In Shops: Oct 05, 2016
SRP: $2.99
View All Items In This Series