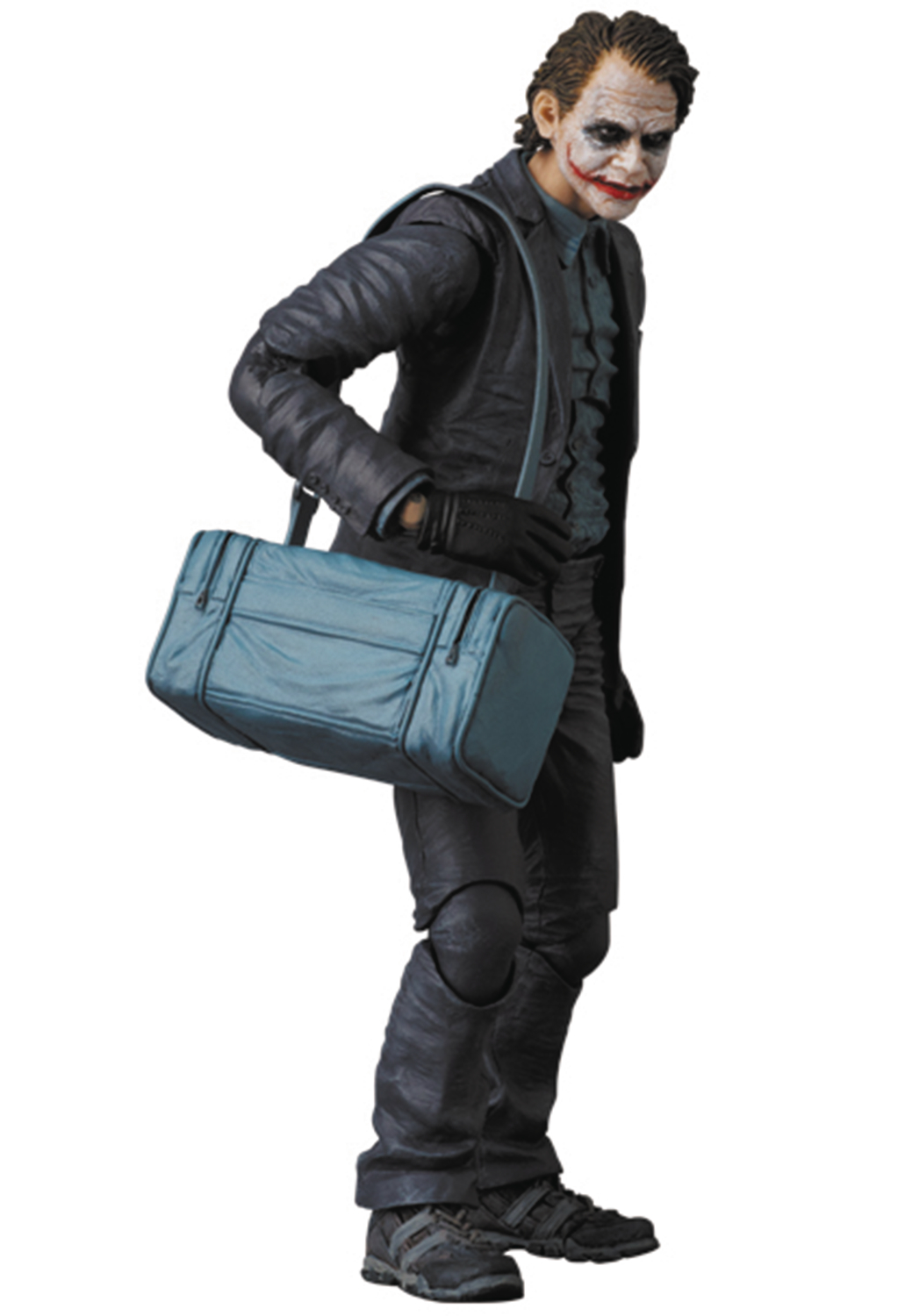 AUG158611
From MEDICOM Toy. A PREVIEWS Exclusive! "I believe whatever doesn't kill you, simply makes you ... stranger." So began The Joker's reign of terror in 2008's The Dark Knight, and this spectacular Miracle Action Figure EX recreates him as he appeared during that memorable bank heist. In addition to a meticulously detailed costume, the figure comes with a duffle bag, pistol, and removable clown mask.