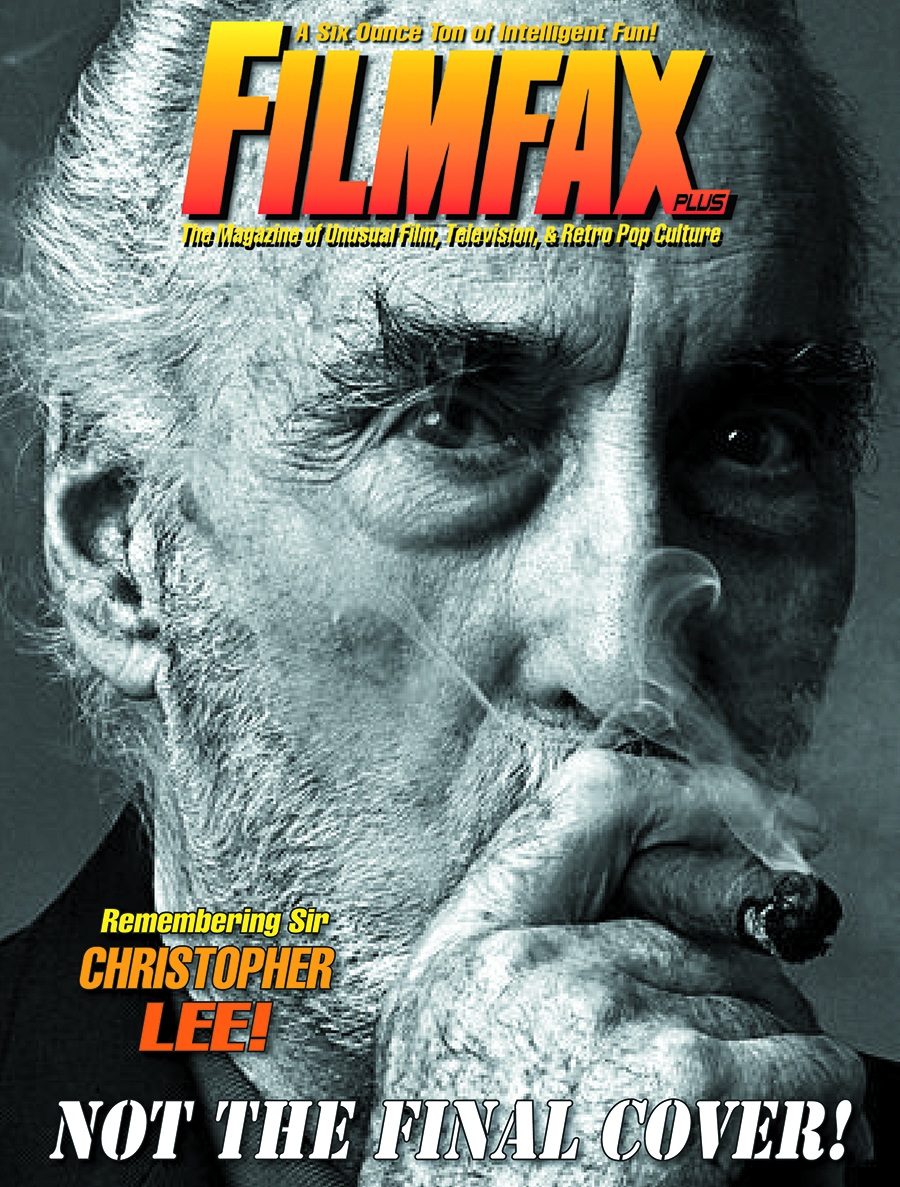 AUG152056
In this issue of Filmfax: a remembrance of Christopher Lee; The "science" of SF films featuring astronauts in peril; Part 2 of our interview with Donnie Dunagan, child actor from Son of Frankenstein; "The 12 Biggest Myths of Horror Films" (Part 3); The Robot Report Part 6: "Metal Men in late '60s Cinema & TV"; Three cult classics: Veteran stuntman remembers Race with the Devil, screenwriter Robert Thom on Wild in the Streets, and director of Midnight Madness: Attack from Mars. Plus, monsters memoirs, featuring an interview with comedian/B-movie fan Gilbert Godfried, and much more!
In Shops: Oct 28, 2015
SRP: $9.95
View All Items In This Series
ORDER SUBSCRIBE WISH LIST