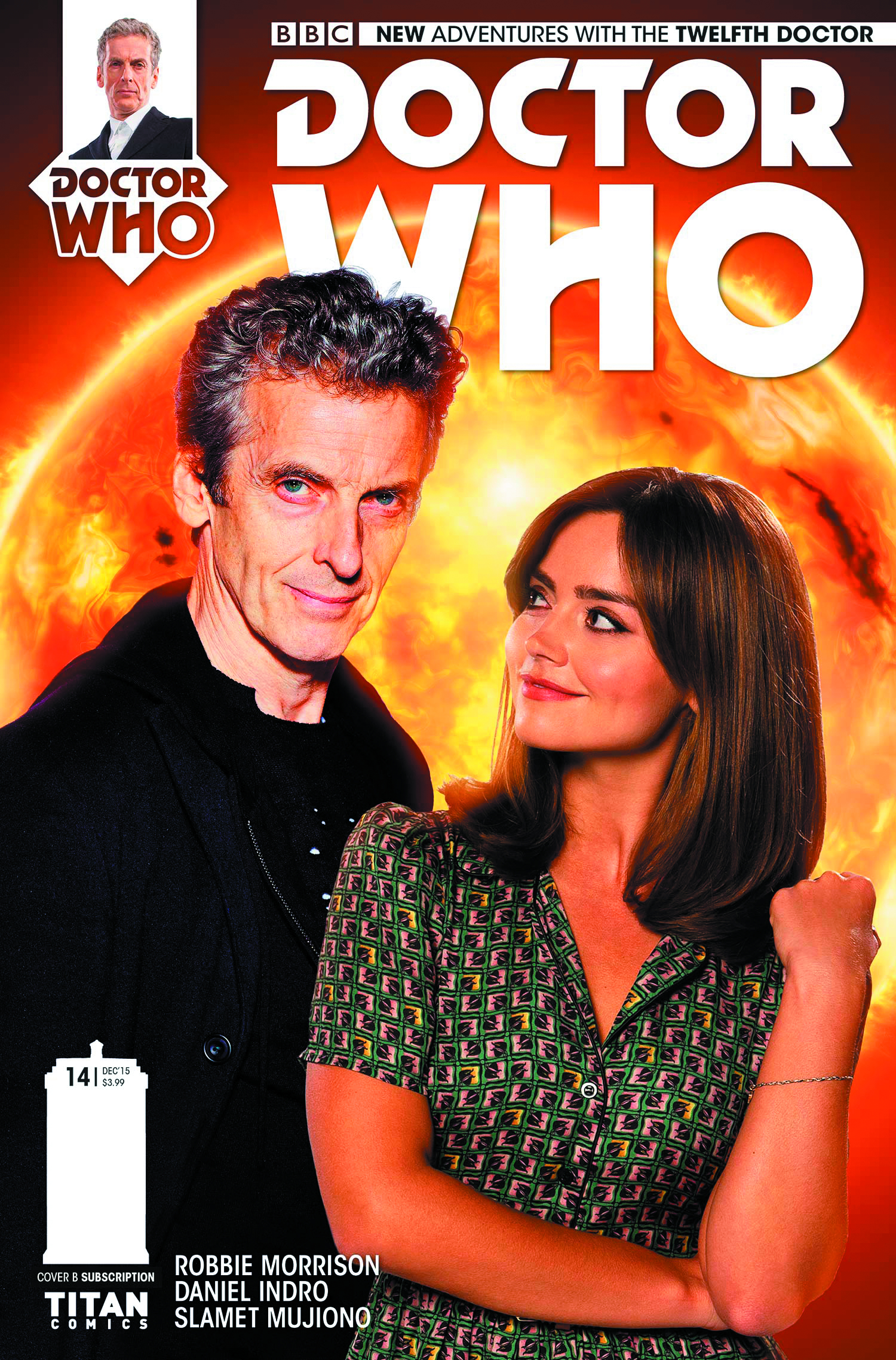 AUG151724
(W) Robbie Morrison (A) Daniel Indro (CA) Alex Ronald
It's the penultimate chapter of "The Hyperion War," and things are looking bad for the Doctor and Clara! With the returning Hyperions having laid waste to whole portions of the Earth, the Doctor attempts to regain the initiative by moving the battleground into space, aboard the Hyperion's orbital armada. But these ancient solar entities are building a superweapon around the sun - and eternal darkness could be the result!
In Shops: Dec 02, 2015
SRP: $3.99
View All Items In This Series