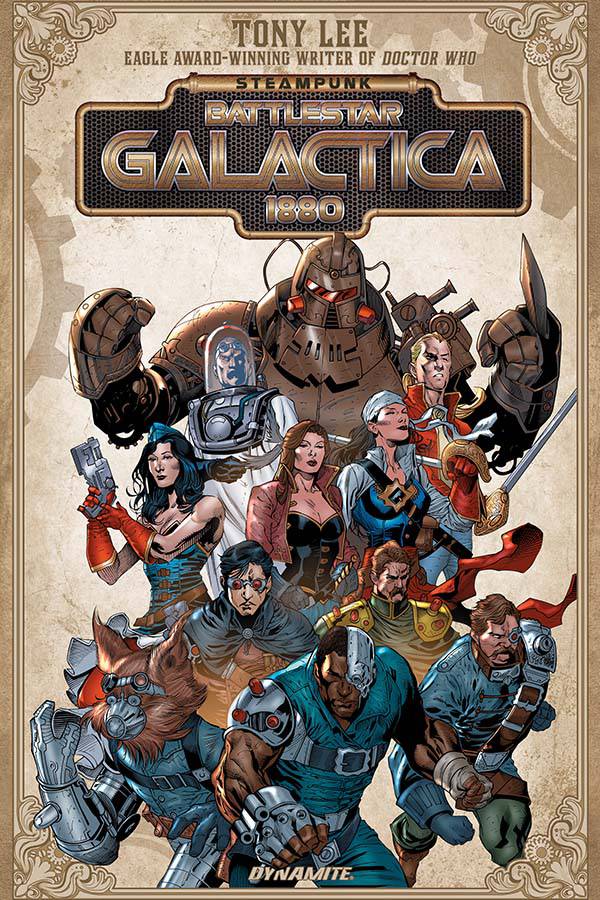 #
AUG151359
(W) Tony Lee (A) Aneke (CA) Ardian Syaf
New York Times-bestselling author Tony Lee reimagines the classic Battlestar Galactica concept and characters with a Victorian aesthetic and Industrial Age metalworks! When the colonial world of Caprica is destroyed by Professor Baltar's clockwork army of city-trampling Cyclonics, Archduke Adama of the Aethership Galactica takes to the skies... choosing the survival of the human race over the rescue of his captive son, Apollo. Disobeying orders and striking out on her own, Lady Athena seeks to free her kidnapped brother with the help of the runaway pilot, Captain Starbuck, and his humanoid Daggit copilot, Muffit... if only they can withstand an assault by vengeful Sky Pirates! Will the ironclad ships and daring spacefarers of this Steampunk universe endure the mechanical menace of the Cyclonics?
In Shops: Oct 28, 2015
SRP: $15.99