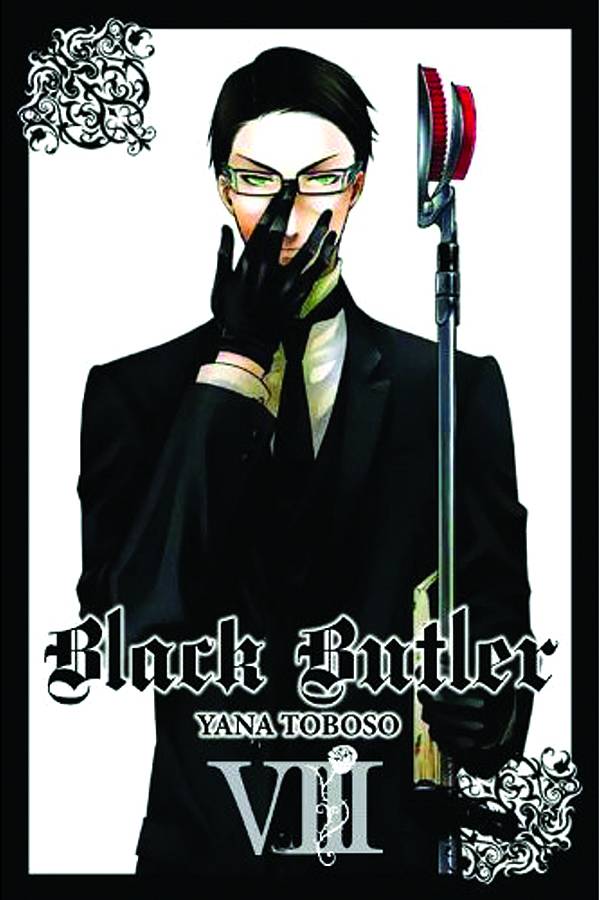 #
AUG148365
When one curtain falls upon the big top stage, another rises behind the scenes, as young Earl Ciel Phantomhive and his virtuoso butler, Sebastian, face off against the villain behind the missing children. But as Sebastian, under orders from his master, single-handedly draws the gruesome tale to its sad conclusion on one front, battle lines are drawn on another! With the masterless Phantomhive Manor under attack from the Noah's Ark Circus and Sebastian nowhere nearby to protect its inhabitants, is Ciel's home once again headed for the same tragedy that took the lives of the young earl's parents?
In Shops: Oct 29, 2014
SRP: $13.00
View All Items In This Series