LOST IN SPACE B9 ELECTRONIC ROBOT 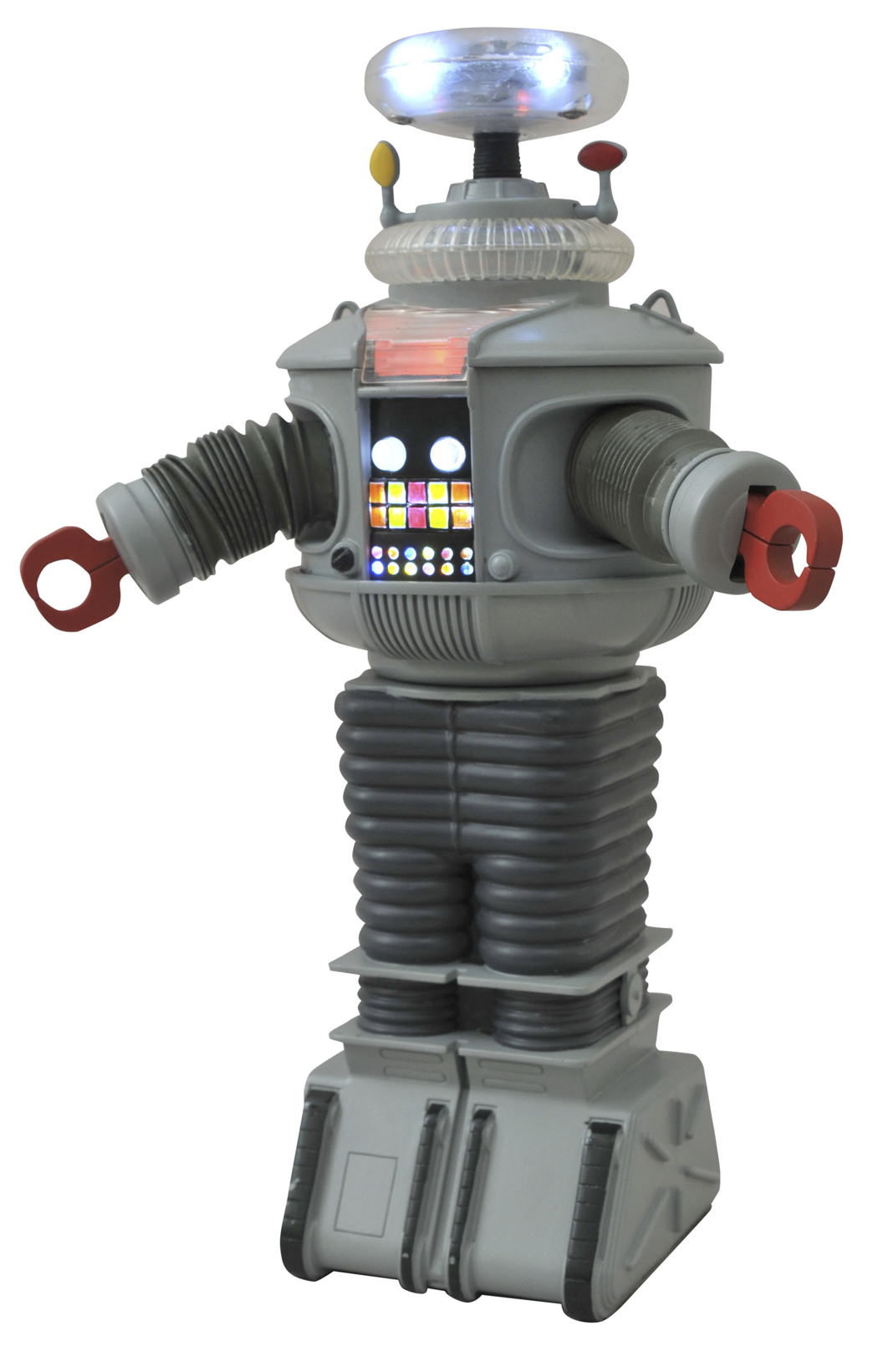 AUG142281
A Diamond Select Toys release! Danger, Will Robinson! DST is known for their incredibly detailed electronic cars and starships, and now they've built their first-ever electronic robot! This 10-inch rendition of B9, the friendly helper robot from Lost in Space, features lights and sounds taken straight from the classic sci-fi TV show. Lights on his head and chest blink constantly while B9 is on, and additional lights and dialogue are triggered with the push of a button, including "I will accompany you, you may need protection," "Cannot compute, programming data insufficient,"  and his famous cries of "Danger!" You can also manually raise and lower his head, open and close his claws, extend his arms and turn his torso to the left and right. He even has wheels so you can roll him around! Comes packaged in full-color window box with try-me feature.
In Shops: May 13, 2015
SRP: $49.99
ORDER WISH LIST