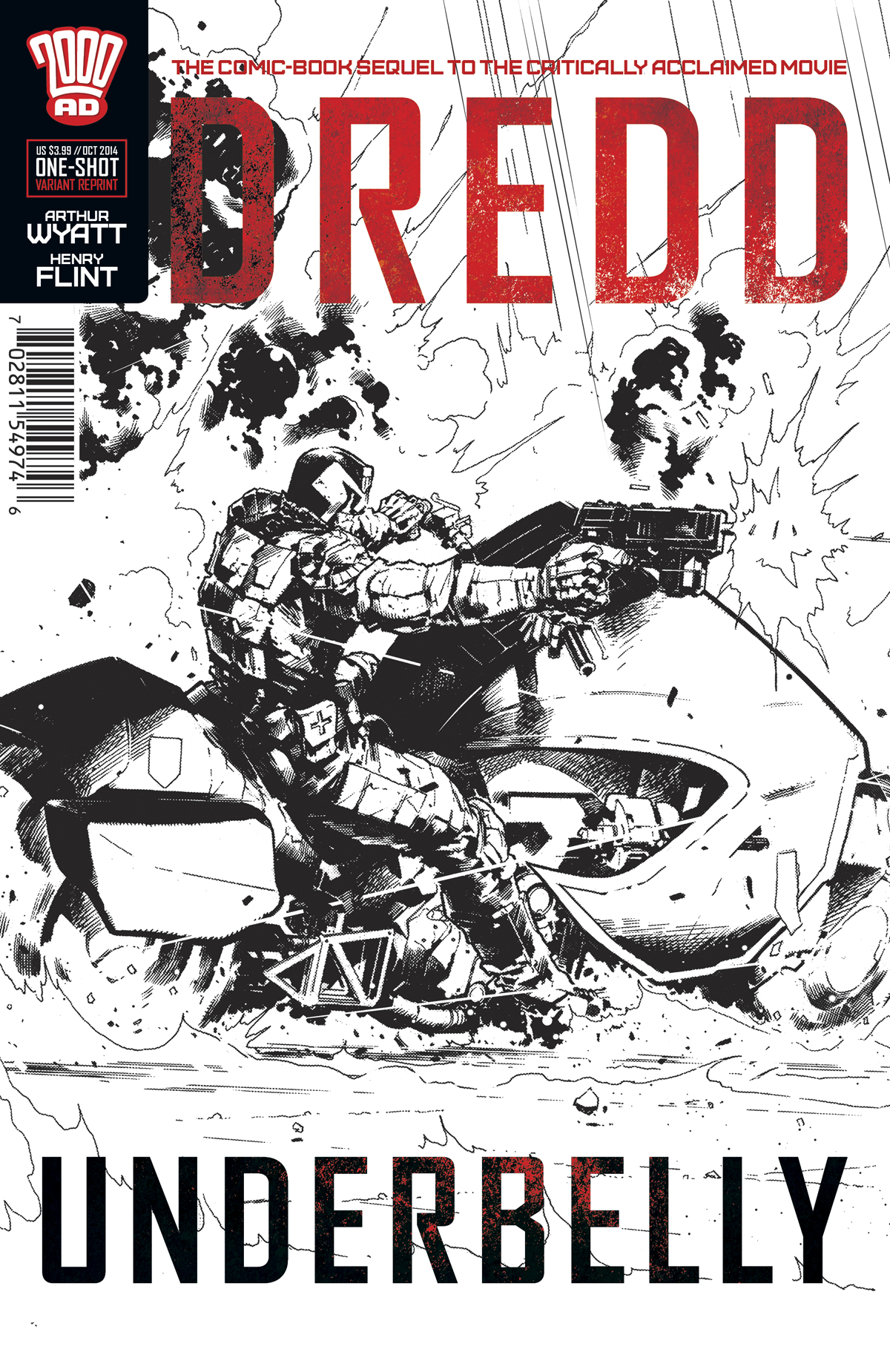 AUG141636
(W) Arthur Wyatt (A) Henry Flint (CA) Trevor Hairsine
With a brand new black and white variant cover by legendary Judge Dredd artist Trevor Hairsine, this is a re-print of the sell-out one-shot sequel to the critically acclaimed movie. In the wake of Ma-Ma's death, other criminal gangs in Mega-City One are moving into the power vacuum, trying to fill the gap in the market left by the Slo-Mo drug. When a corpse dump is discovered in a rad-pit, the bodies are all revealed to be mutants. Could the dead be connected with an outfit smuggling illegal refugees into the city from the Cursed Earth? Judge Dredd once again teams up with Psi-Judge Anderson as they scour the underworld for the perps responsible, and bring them to justice!
In Shops: Oct 29, 2014
SRP: $3.99