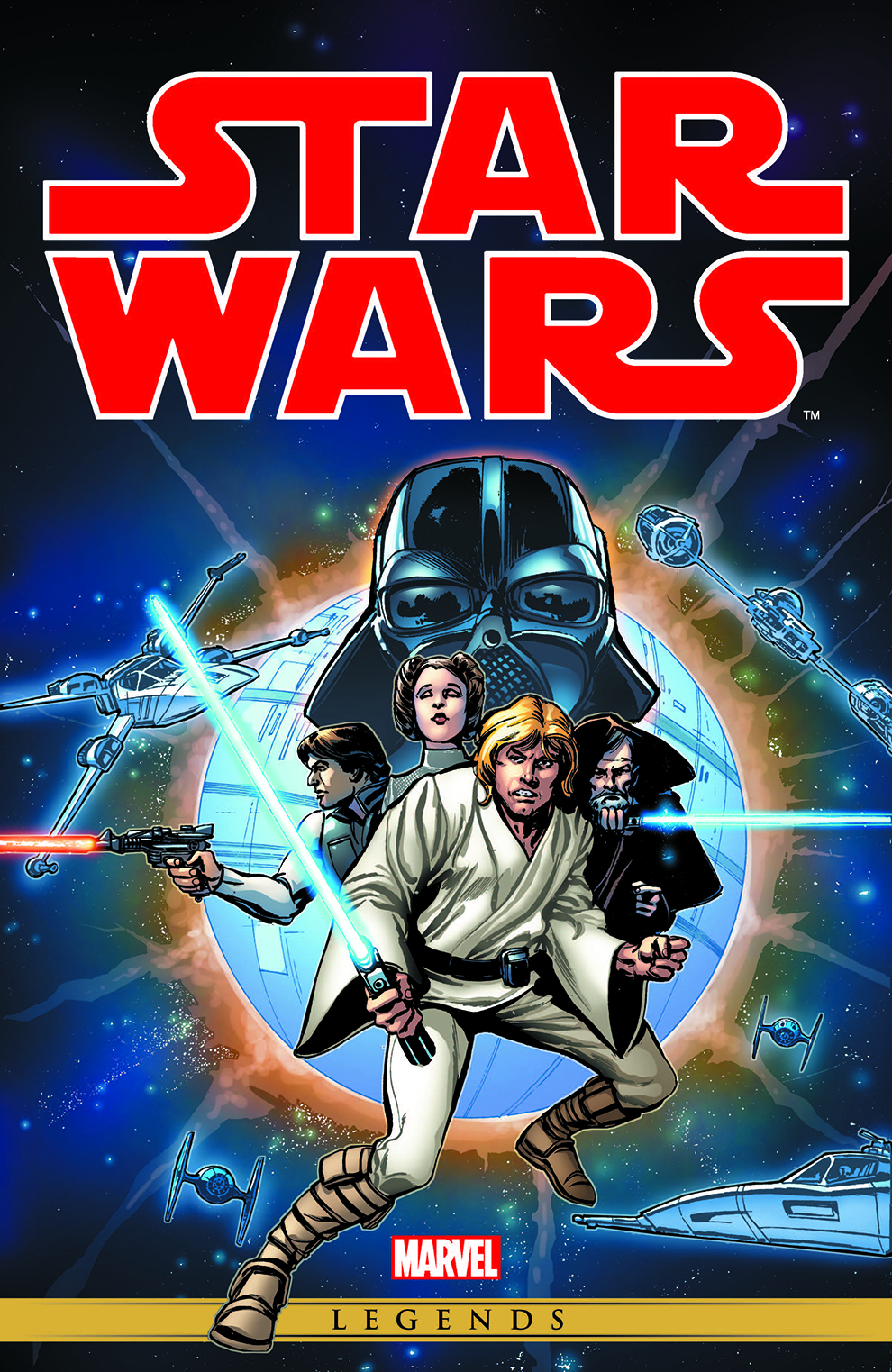 AUG140892
(W) Various (A) Various (CA) Howard Chaykin
As the phenomenon dawned in 1977, Marvel Comics published the very first STAR WARS comic-book series. Now, the House of Ideas is re-presenting those original adventures in its wampa-sized Omnibus format! It's the return of the Jedi to Marvel in an opening volume that begins with A NEW HOPE and ends with THE EMPIRE STRIKES BACK. In between, the rebels face a wealth of new perils - from space pirate Crimson Jack to the bounty hunter Beilert Valance, as well as a surprisingly svelte Jabba the Hut (one "t"). Luke goes back to Tatooine, Leia battles alone, Han and Chewie play the deadly Big Game, and Darth Vader hunts for answers! With all your old favorites and plenty of new faces - hello, Jaxxon! - there's no doubt, the Force is strong with this one! Collecting STAR WARS (1977) #1-44 and ANNUAL #1.
Rated T
In Shops: Jan 14, 2015
SRP: $125.00
View All Items In This Series
ORDER WISH LIST