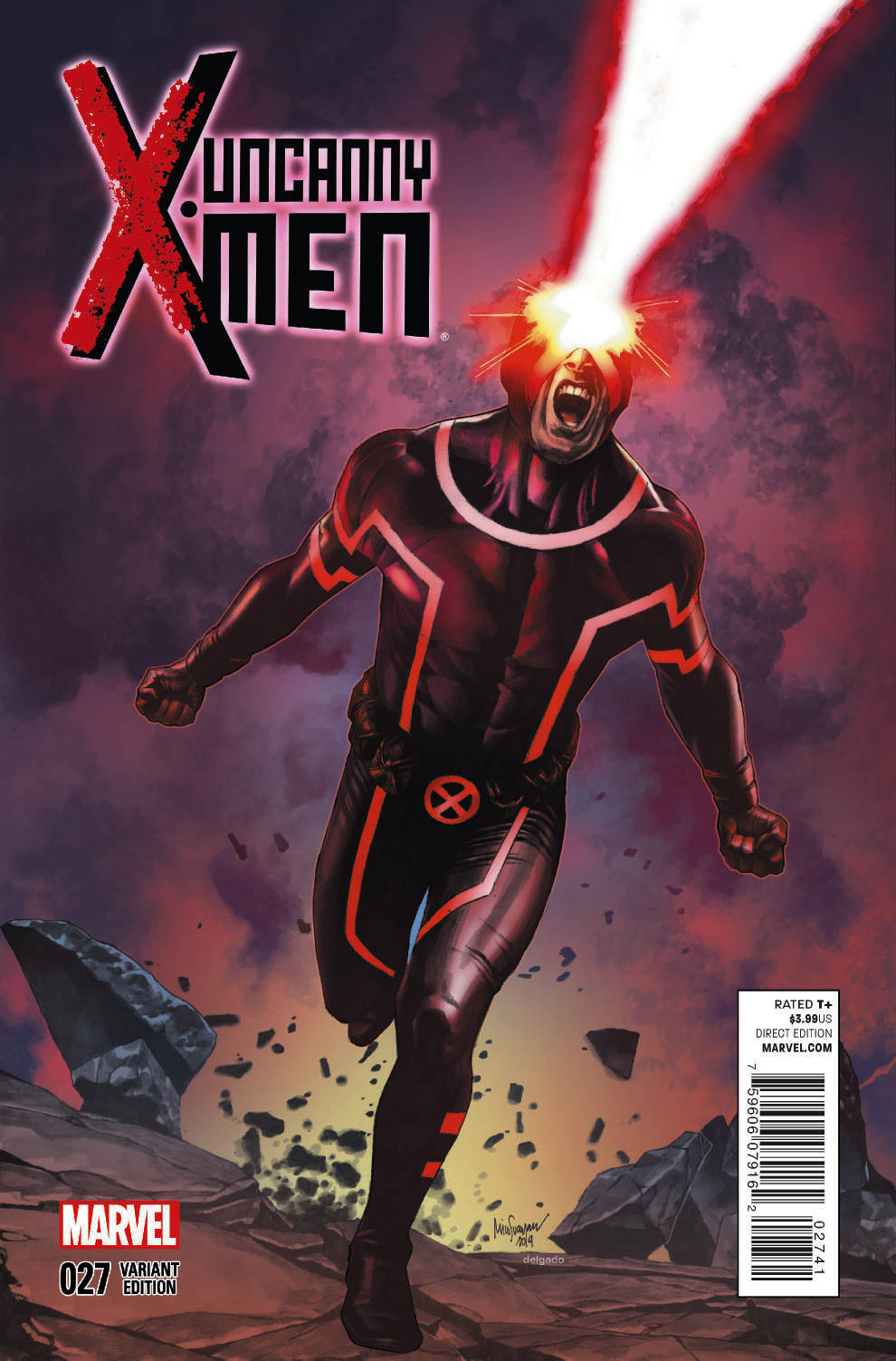 AUG140876
(W) Brian Michael Bendis (A) Chris Bachalo (CA) Mico Suayan
• Turns out being possessed by one of the most powerful entities in the universe can really mess with a guy's superpowers.
•  Life isn't always a straight line, sometimes there are curves in the road.
•  But if there's anyone who would bend over backwards to reteach himself how to use them, it's Scott Summers.
Rated T+
In Shops: Oct 15, 2014
SRP: $3.99
View All Items In This Series