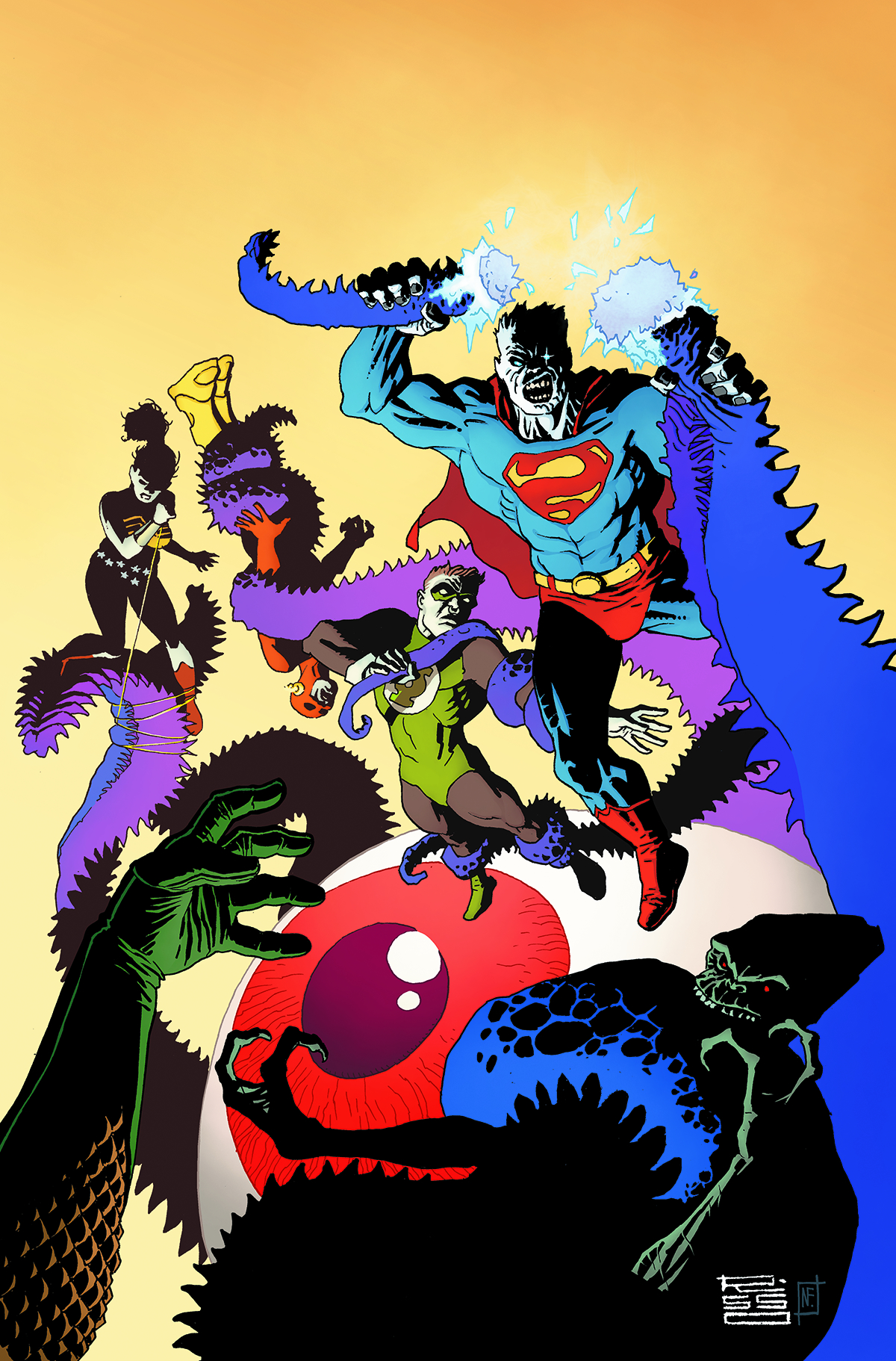 AUG140196
(W) Grant Morrison (A) Ben Oliver (CA) Eduardo Risso
The next chapter of the greatest adventure in DC's history is here!
When they last collaborated, Grant Morrison joined artist Ben Oliver (LOBO, BATMAN/SUPERMAN) for the acclaimed ACTION COMICS #0. For their next team-up, the two superstars take a spin around the self-obsessed Earth-16 - a.k.a. Earth-Me!
With all of the world's threats having been handled long ago by their parents, the next generation of supers - including Chris Kent, Damien Wayne, Alexis Luthor, Offspring, Megamorpho, Donna Troy and more - find themselves labeled as superstars more often than super heroes. But with that fame comes complacency, and when a massive threat unlike anything they've ever seen surfaces, this pampered crew finds themselves in way over their head. What secret is Damien keeping from Chris that could tear the world's finest friends apart? Who is the mysterious killer lurking behind the scenes among these spoiled super-children? And what chance do they stand against the monstrous villain that's murdering its way across the Multiverse? All that and more in this exciting stand-alone issue which also acts as chapter three of the MULTIVERSITY saga. Join us, if your dare, for THE MULTIVERSITY!
In Shops: Oct 22, 2014
SRP: $4.99
View All Items In This Series
ORDER WISH LIST