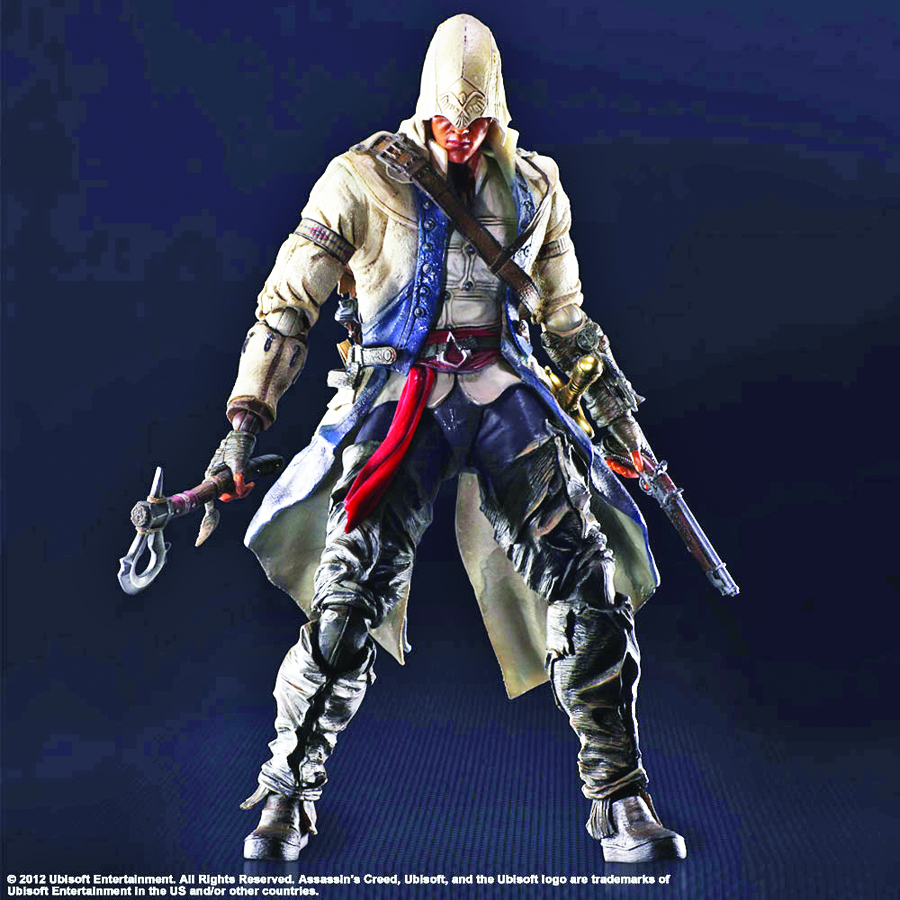 AUG138221
From Square Enix! One of the most acclaimed game series of the last decade returns to the Play Arts Kai figure series! Standing nearly 11" tall, Connor, the cunning star of Assassin's Creed III leaps from the 18th-century to your contemporary collection with game-accurate weathering and texturing of his skin and costume, exceptional detailing, alternate hands, and a variety of weapons including his tomahawk, bow and arrow, and Assassin blade! The star of the latest game in the series, Assassin's Creed IV: Black Flag, swashbuckling buccanneer Edward Kenway is reproduced in exacting detail and comes equipped with alternate hands, pistols, blades, and swords! Each figure includes a display stand.