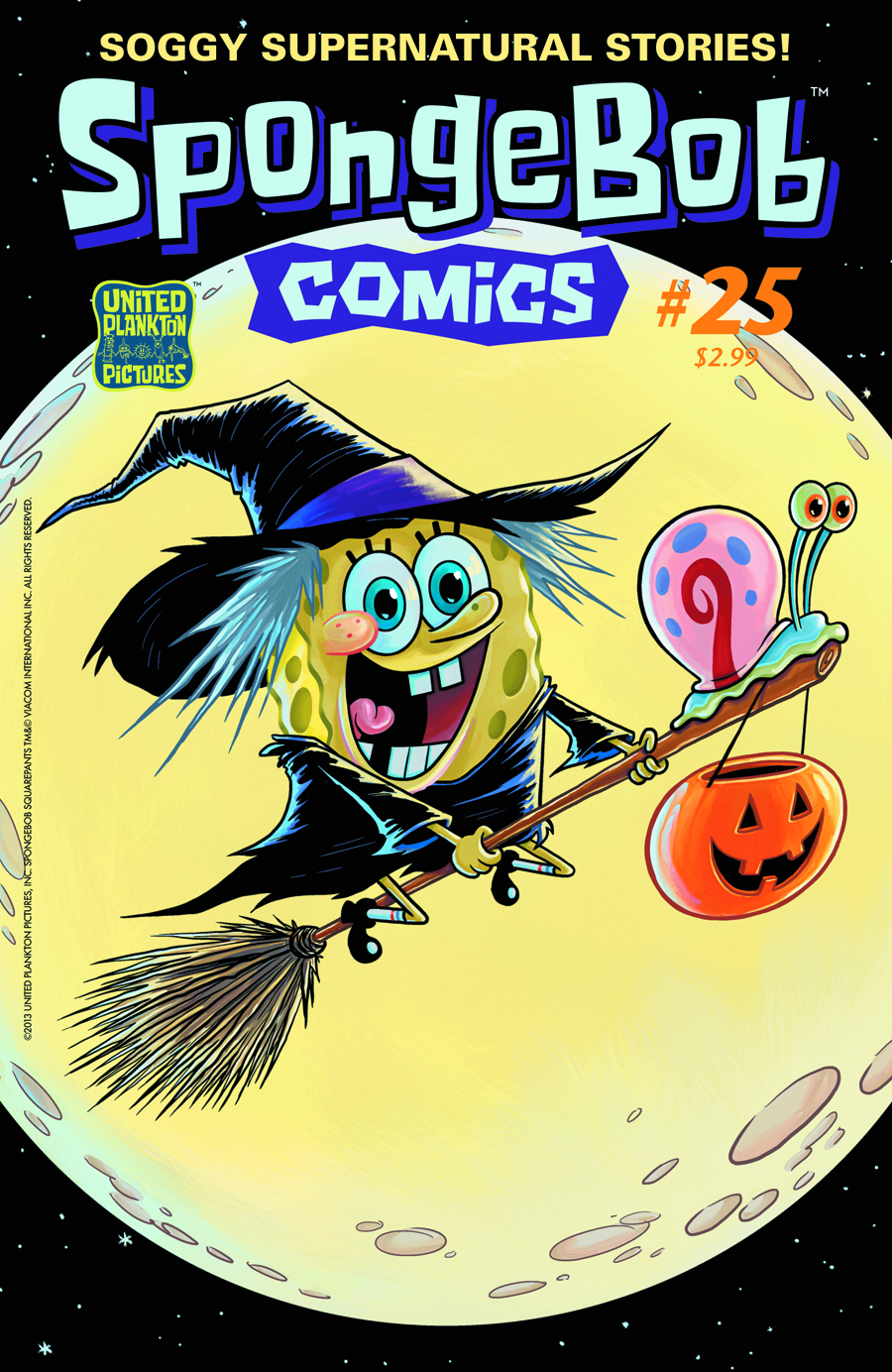 AUG131108
(W) James Kochalka, Michael T. Gilbert, Jacob Lambert, David Lewman (A) Stephen DeStefano, James Kochalka, Jacob Chabot, Dave DeGrand, Michael T. Gilbert, Jacob Lambert, Travis Nichols, Andy Rementer, Marc Rosenthal (CA) Gregg Schigiel
It's another swimmingly spooky Halloween issue! First, the Flying Dutchman's undead crew is on the loose in Bikini Bottom-but why can't they get a good scare out of that little yellow guy? Writer Derek Drymon and legendary Mister Monster-maker Michael T. Gilbert may have the answers in "The Dutchman's Challenge." And in "Things That Go Burp in the Night" by David DeGrand (Garfield, Zombie Chasers), SpongeBob must confront the terror of the late shift at the Krusty Krab. Then Squidward's dream has come true - his rival Squilliam Fancyson is reduced to a miserable pauper, in a O. Henry-esque tale of late October by Jacob Lambert and Stephen DeStefano. All this plus a monster pumpkin, a costume contest, and a back cover by acclaimed children's book artist Marc Rosenthal!
In Shops: Oct 09, 2013
SRP: $2.99
View All Items In This Series
ORDER WISH LIST