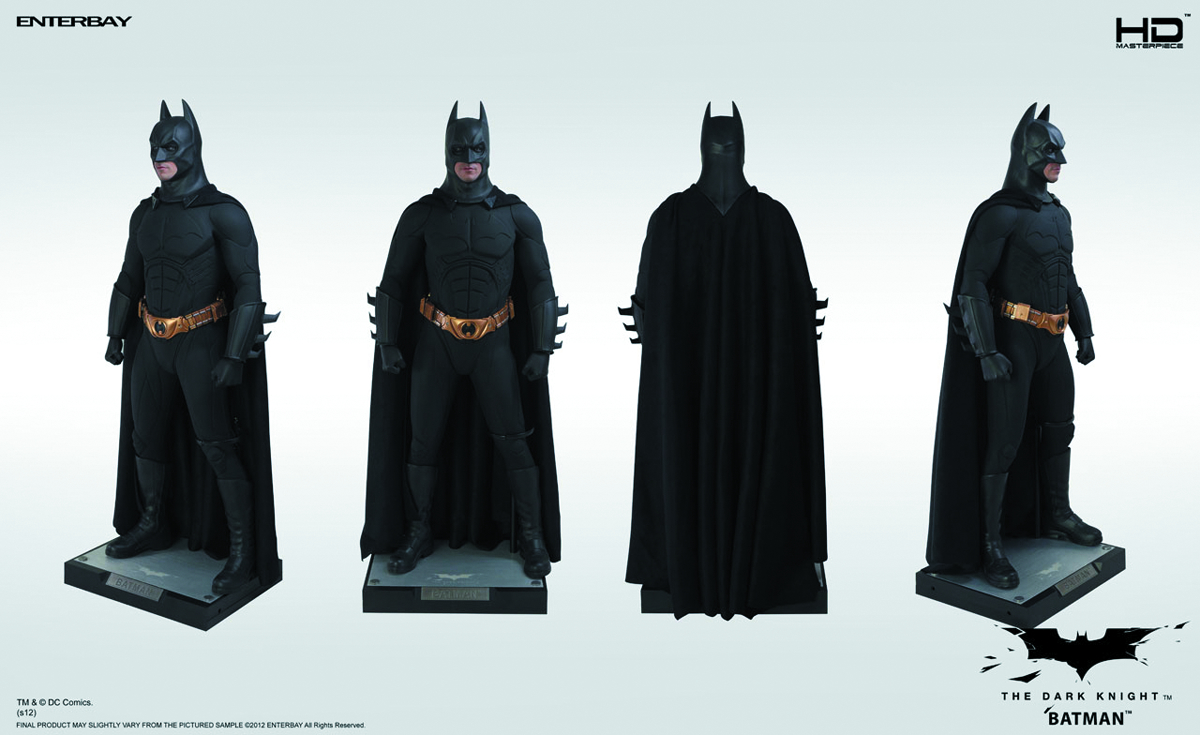 AUG128067
Imported from Hong Kong! The long-awaited 1/4-Scale HD Masterpiece: The Dark Knight series is finally released! Batman the titular character from The Dark Knight, Enterbay is excited to recreate this character into the 1/4-scale high-end figurine. This fantastic Batman figurine includes 3 Batman head sculpts with authentic likeness and different facial expressions; 1 Bruce Wayne head sculpt with authentic likeness; newly developed HD-TDK action body with more than 30 articulations; movie-accurate signature Batman rubber suit with boots, gloves, velvet bat cloak and the iconic belt with magnet components, which would allow it to hold different accessories; 8 pieces of interchangeable hands with gloves; 2 sets of foldable large Batarangs, and 3 sets of the small Batman darts, 2 large grenades (one is normal and one has expanded), 4 small grenades (2 normal ones and  2 expanded), the special Batman claw, and the signature Batman bronze gun; and a Batman figurine stand.