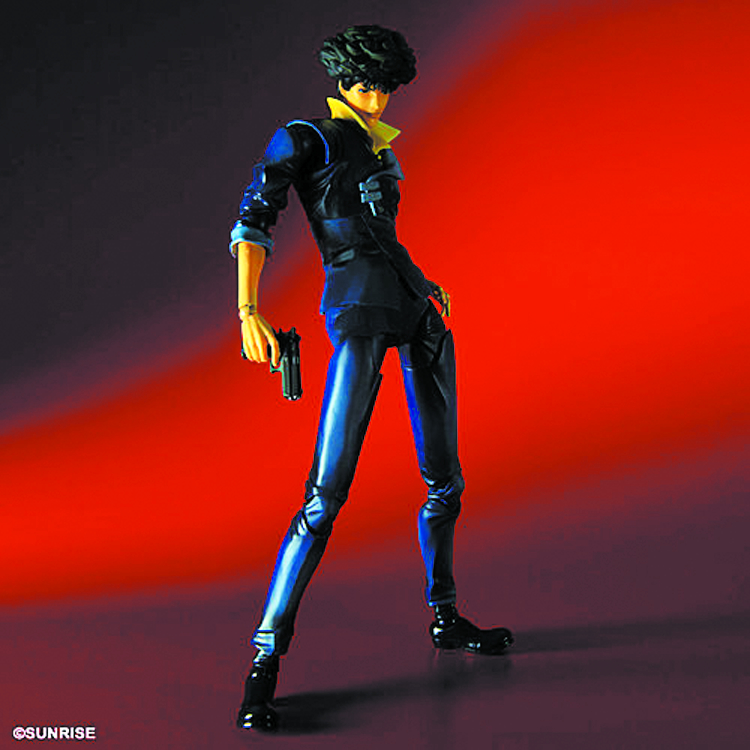 AUG121911
Imported from Japan! Spike, Jet, Faye, and Ed are cowboys on the new frontier of space, and together this band of bounty hunters takes on the jobs that anyone in their right mind would turn down. Fans of the anime Cowboy Bebop will appreciate Square Enix's Play Arts ~Kai~ action figures, an updated version of their highly-detailed Play Arts series. These figures feature better detailing, more articulation, and additional accessories, letting the characters from the games to step out of the television and into your collection. Choose from characters such as Spike Spiegel (9 7/8" tall) and his rival Vicious (9 7/8" tall). Window box packaging.