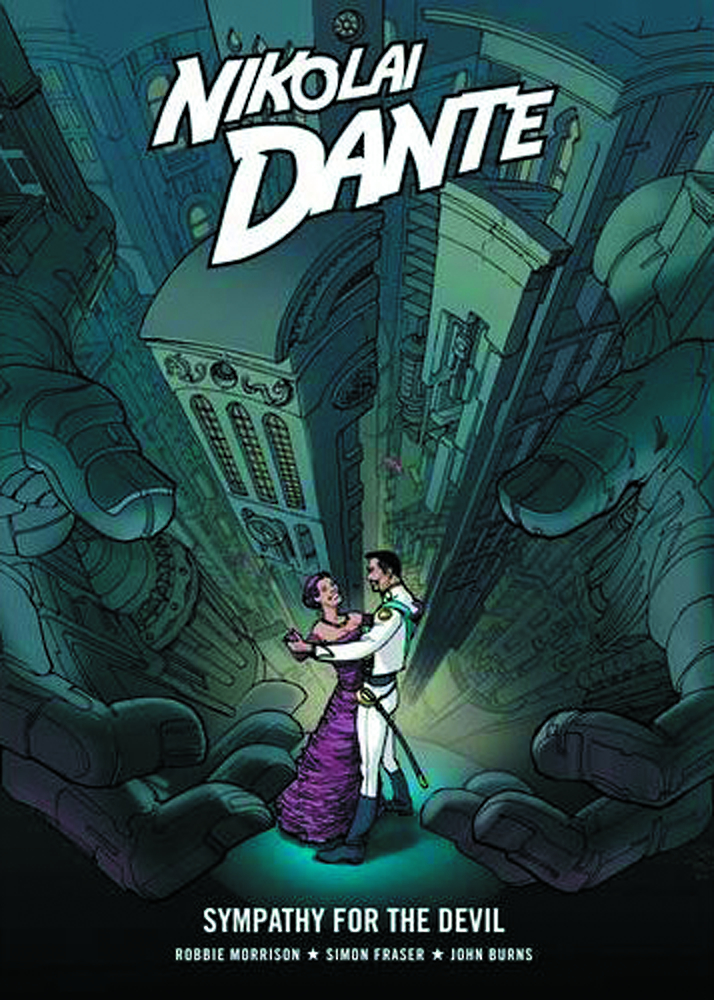 AUG121277
(W) Robbie Morrison (A) Simon Fraser (CA) John Burns
For over fifteen years, Nikolai Dante has been entertaining the readers of 2000 AD as he fought, thieved and loved his way through life in 27th-Century Russia. A long-running story of grand adventure which began in 1997 reaches its conclusion in 2012. one of 2000 AD's most popular characters, Dante has become an iconic part of the British comics scene. In this final instalment of his epic story, Dante must escape from captivity in order to lead the Revolutionary army in its final battle against his tyrannical father, the psychotic Dimitri Romanov.