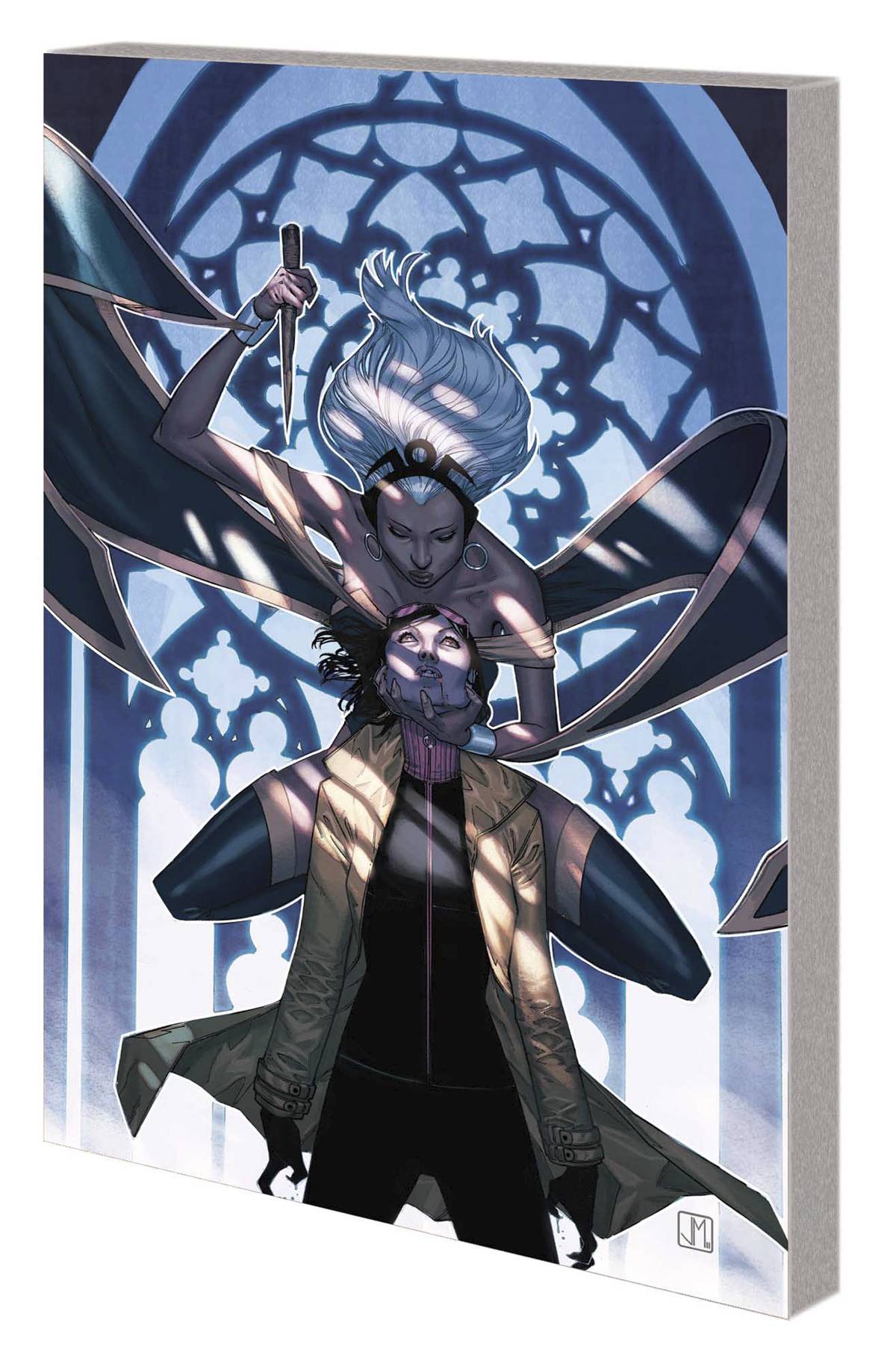 #
AUG120727
(W) Victor Gischler (A) Alejandro Barrionuevo, Salva Espin, Will Conrad (A/CA) Jorge Molina
As Jubilee learns more about her new vampire heritage from Raizo Kodo and the Forgiven, the X-Men fight to rescue Jubilee from the hands of her bloodsucking brethren! But when the Marvel Universe's deadliest assassins arrive, hired to kill every member of the Forgiven, the three-way battle quickly spirals out of control! Guest-starring Lady Bullseye, the Assassin's Guild and Lord Deathstrike! Plus: A squad of lost Skrulls infiltrates the X-Men, and Pixie is taken hostage - or did she go by choice? Collecting X-MEN (2010) #24-29.