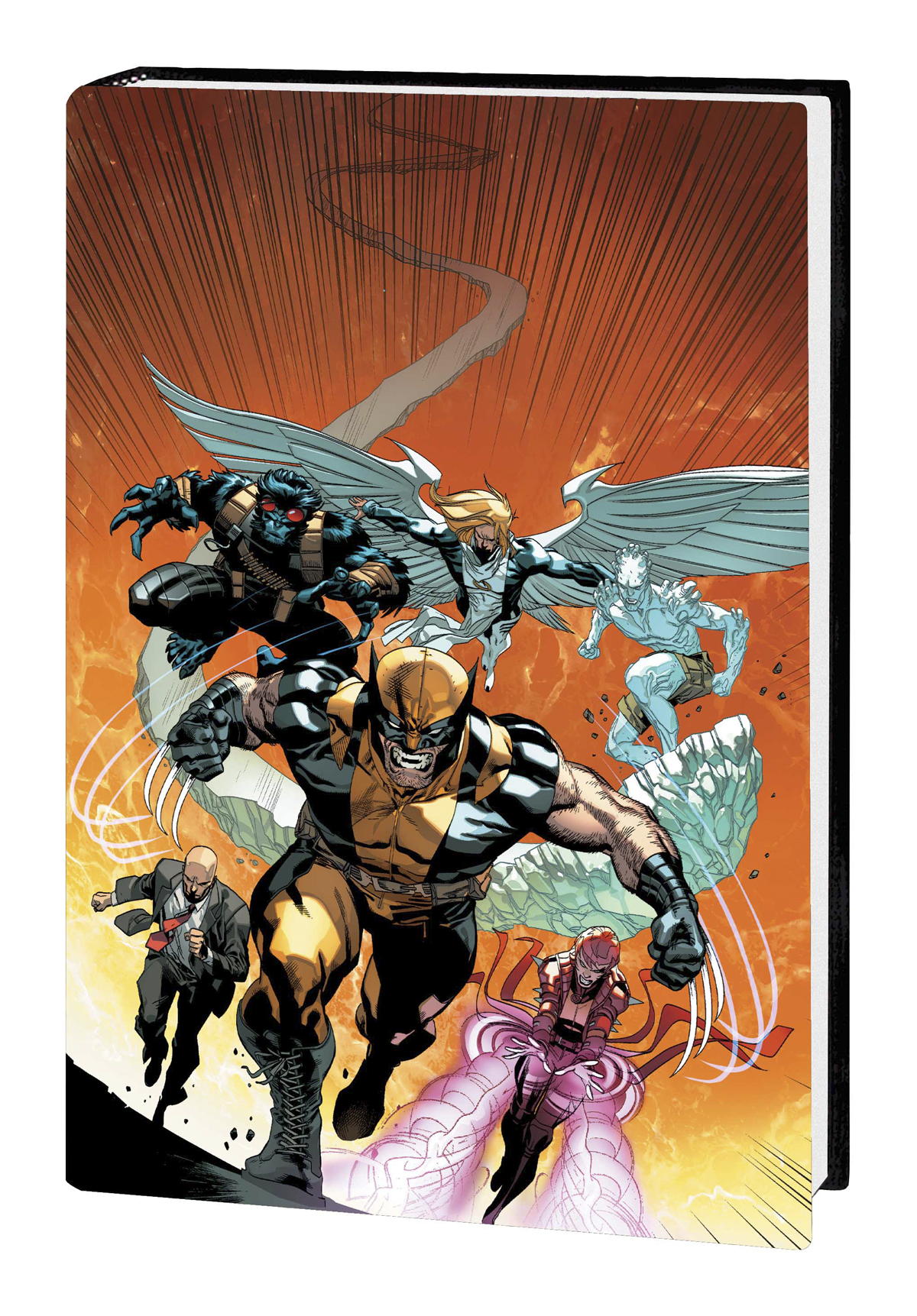 AUG120703
(W) Jason Aaron (A) Jorge Molina (CA) Stuart Immonen
AVX tie-in! As the Phoenix rises, Logan leads his own team of classic X-Men into battle - and the Jean Grey School sees its first graduate! Then, how does an anti-mutant organization operate in a mutant-run world? The Hellfire Club will find out, as they go on the run from Cyclops and rest of the Phoenix Five! And as the world burns with the flames of the Phoenix, the Jean Grey School tries to continue on - but one student ends up at the barrel of a gun. Plus: Kitty Pryde goes on a date - but with whom? Collecting WOLVERINE & THE X-MEN #14-17.