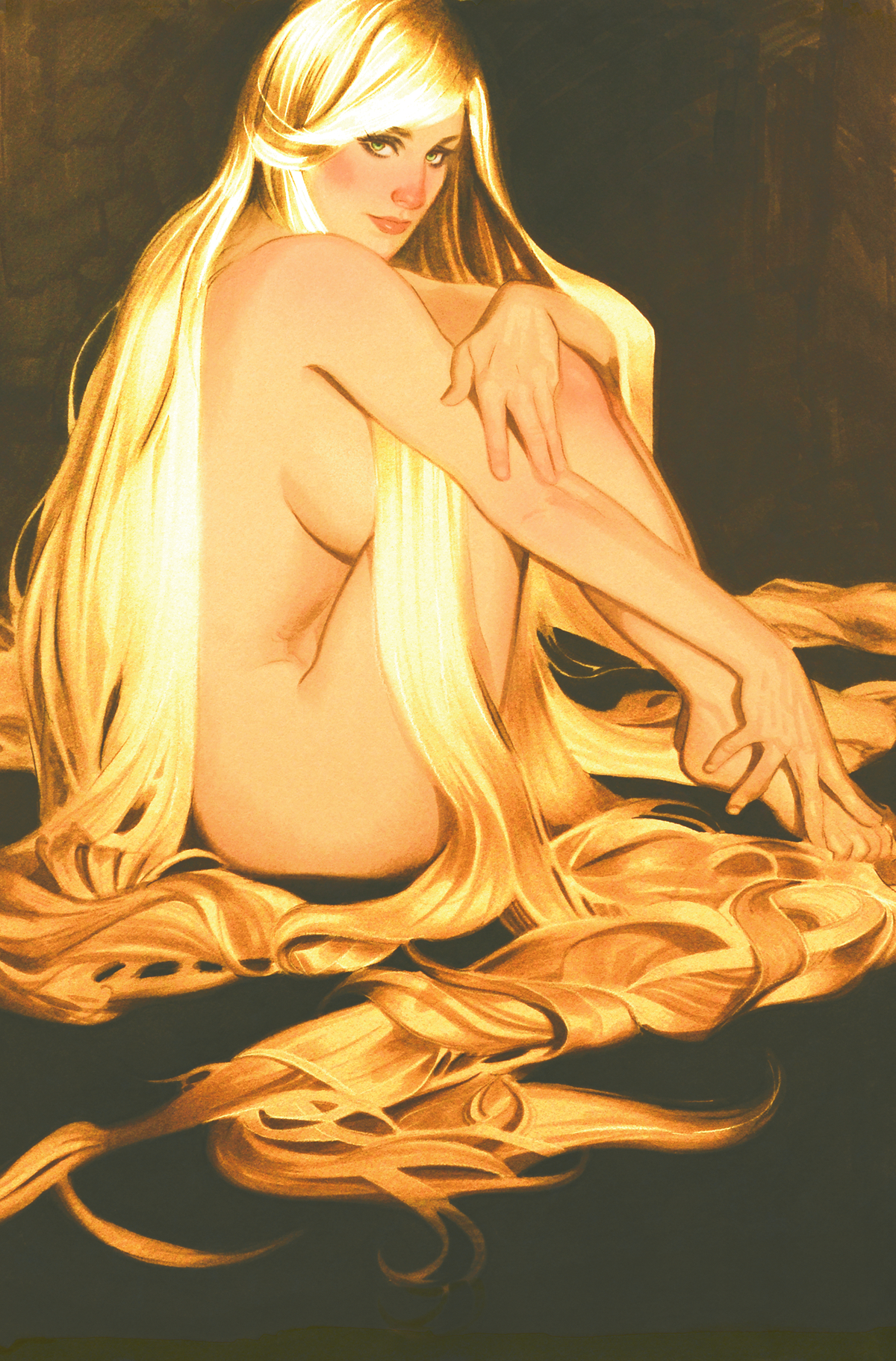 AUG120284
(W) Lauren Beukes (A) Inaki Miranda (CA) Adam Hughes
Part one of "The Hidden Kingdom," written by 2011 Arthur C. Clarke Award-winning writer Lauren Beukes (Zoo City, STRANGE
ADVENTURES)!
Rapunzel's fast-growing hair is the least of her problems. Her adopted witch mother thinks she's a slut, origami birds carrying a sinister message are attacking her window - and now, she has to defy Bigby and Snow's orders to travel from New York to Tokyo and resolve a mystery from her troubled past. Hungry ghosts, talking cats, vengeful lovers scorned and monstrous yakuza await under the hot neon lights as Rapunzel seeks answers...and vengeance. Don't miss this exciting jumping-on point to the best-selling Vertigo series which features a star-studded cast of Fables including Frau Totenkinder, Jack of Fables and many others!