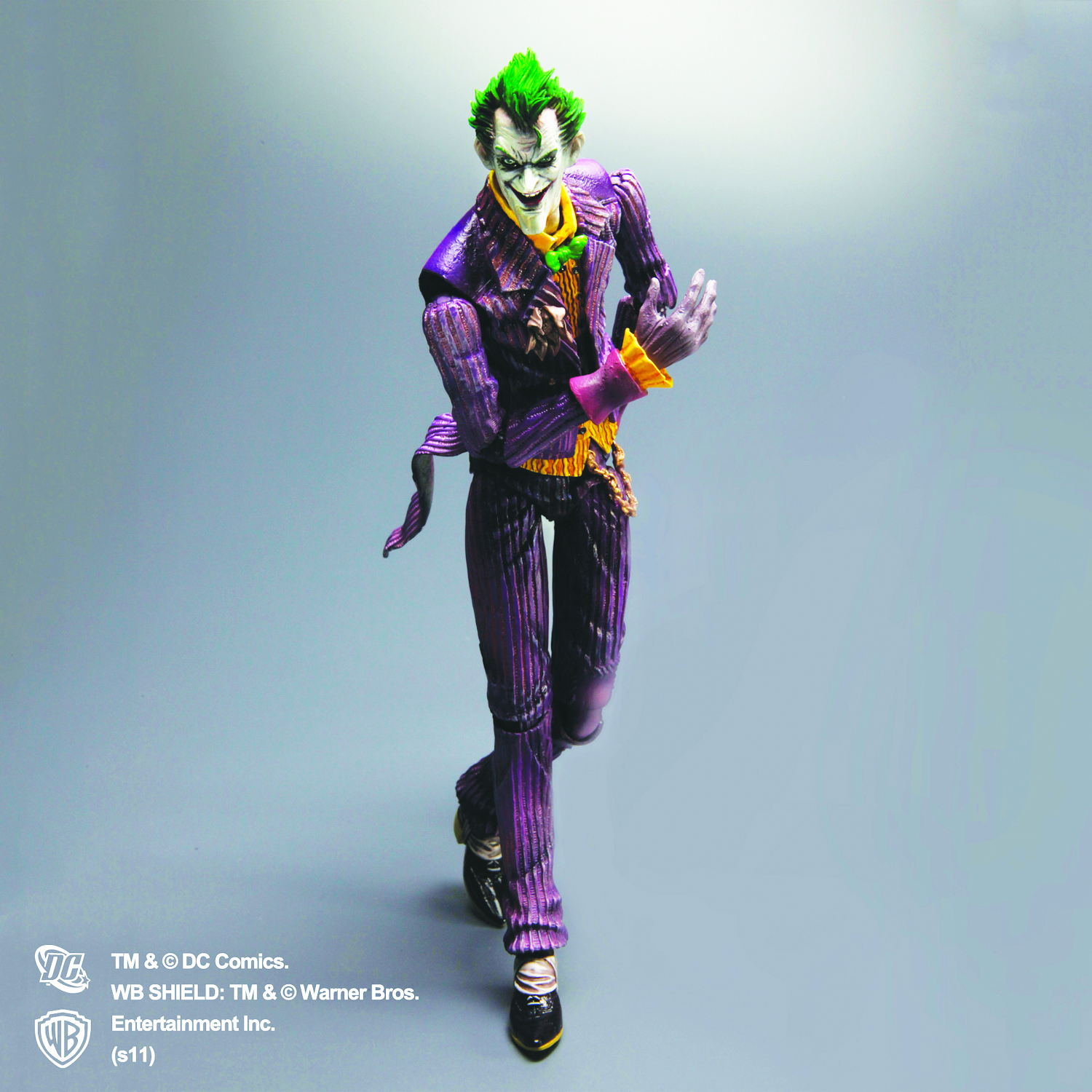 AUG118149
Imported from Japan! Square Enix's Play Arts ~Kai~ figures are an improved version of their popular Play Arts action figure series. With a larger scale, a greater attention to detail, more articulation points, and additional parts, these are their finest action figure yet. Ubisoft's Batman: Arkham Asylum took gamers into a realistic recreation of the world of DC Comics' Batman and was one of the highest-rated video games of its year. Square Enix's Batman: Arkham Asylum Play Arts ~Kai~ Figures give gamers two of the most realistic versions of the game's characters, Batman and The Joker, with detailed sculpts based on Ubisoft's CGI models. Batman stands 9 1/2" tall and his counterpart, The Joker, is 8 5/8" tall. Window box packaging.