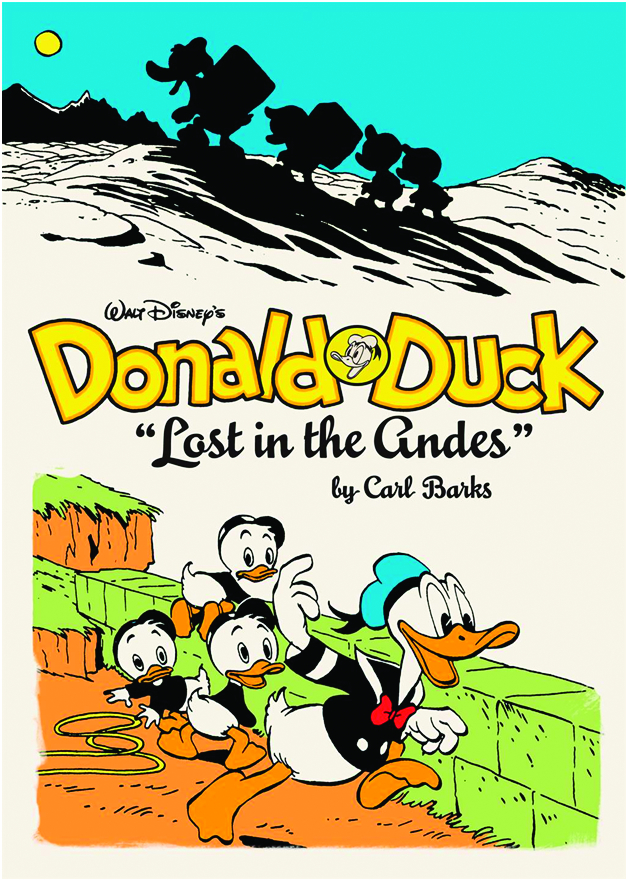 AUG111043
(W) Carl Barks (A/CA) Carl Barks
The first volume in a series of affordable, full-color hardcovers collecting the complete works of "The Good Duck Artist"! Carl Barks' Donald Duck and Uncle Scrooge comics are considered among the greatest and most timeless artistic and storytelling achievements in the history of the medium. Yet until now, his works have only been reprinted in random comic book iterations or high-end collectors' editions. For the first time, read the complete works of one of the medium's greatest artists in affordably priced hardcover volumes perfect for parents and children alike, meticulously restored and recolored to ensure the very best reproduction Barks' work has ever received.
Barks began drawing the comic book adventures of Donald Duck in 1942, and he continued for the next 30 years, creating some of the most memorable comics and characters ever put to page. This first volume contains over 200 pages of vintage Barks from 1948-1950, including the title story "Lost in the Andes," Barks' personal favorite, wherein Doanld and his nephews embark on a Peruvian expedition to solve the mystery of where square eggs come from. Also featured are "The Golden Christmas Treek," "Race to the South Seas," and "Voodoo Hoodoo," as well as over a dozen other strips and stories.
Lost in the Andes also features an introduction by noted Barks scholar Donald Ault, and detailed commentary/annotations for each story at the end of the book, written by the foremost Barks authorities in the world.
In Shops: Nov 16, 2011
SRP: $24.99
View All Items In This Series