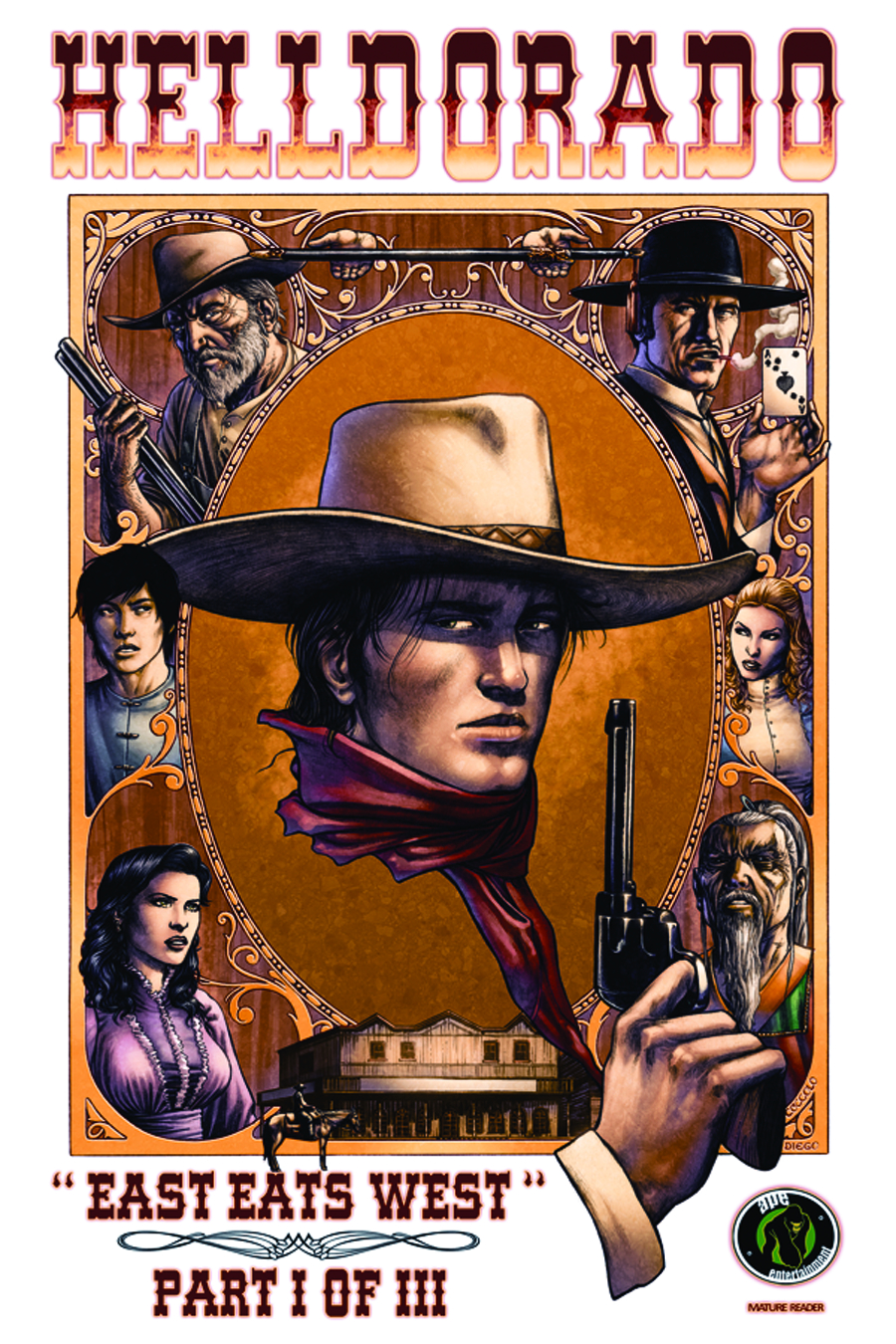 AUG110784
(W) C. Michael Hall (A/CA) Martin Coccolo
(W) C. Michael Hall (A) Martin Coccolo, Diego Rodriguez
Gunfights! Kung fu! Monsters! If Hammer Films had hired a band of Hong Kong filmmakers to create a Spaghetti Western, they'd have created Helldorado! An unspeakable act of violence has altered reality itself, and a supernatural evil looms over the town of El Dorado. The most horrific myths of the Far East threaten to engulf the American West in darkness, and the only thing standing between a vengeful Chinese vampire, its army of undead minions, and the end of humankind is an unlikely band of erstwhile heroes: an heiress, a gambler, an aging sheriff, his deputy, and a warrior-priest!