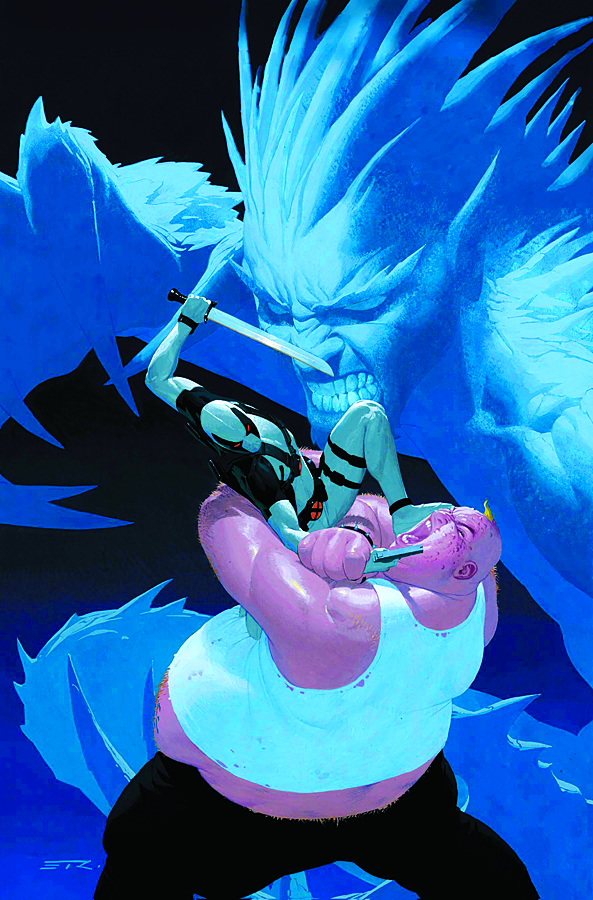 AUG110672
Written by RICK REMENDER
Penciled by JEROME OPE A
Cover by ESAD RIBIC
Marvel Comics 50th Anniversary
Variant by MIKE DEL MUNDO
The fate of the entire world rests on the shoulders of Deadpool! A new Death is born! Refugee mutants from the Age of Apocalypse descend on our world! Can the merc with a mouth hold off long enough for X-Force to regroup? Is there any hope of staving off the Age of Archangel? Not if Iceman and The Blob have their say. Monsters of doom and glory, Rick Remender (Venom, Punisher), Jerome Ope a (Punisher, Moon Knight) and legendary colorist Dean White (Avengers) reunite to serve up another boss bowl of breakneck action in the hottest book on the stands!
32 PGS./Parental Advisory