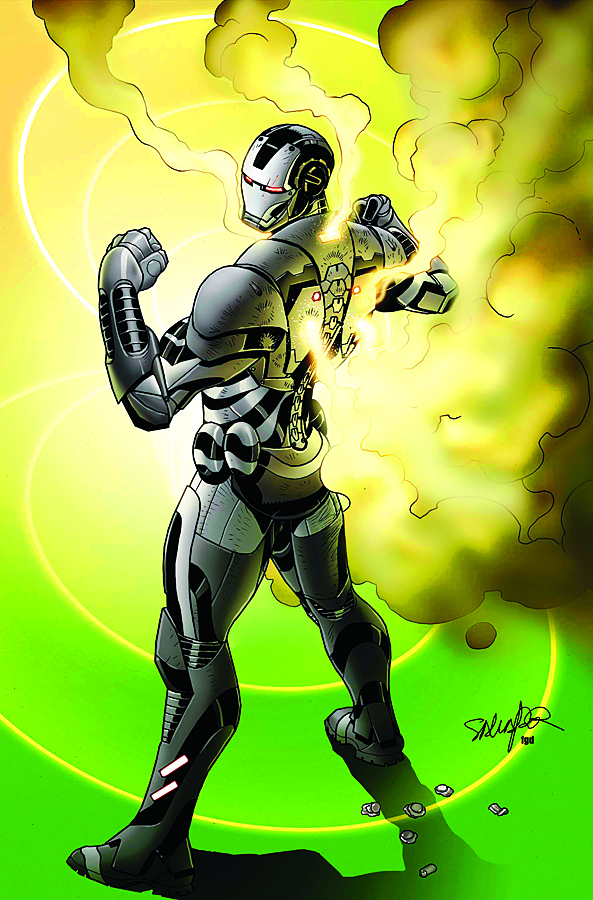 AUG110637
(W) Nick Spencer, Will Pfeifer (A) Ariel Olivetti (CA) Salvador Larroca
Written by NICK SPENCER
Art by ARIEL OLIVETTI
Cover by SALVADOR LARROCA
War Machine's battle against his greatest enemy enters its endgame! Uncontrollable waves of high-tech terror attacks push nations around the world to the brink of global conflict. Palmer Addley's secrets have been all but cracked. But with the doomsday clock ticking, how does Rhodey stop a villain who is everywhere and nowhere?
32 PGS./Rated T+