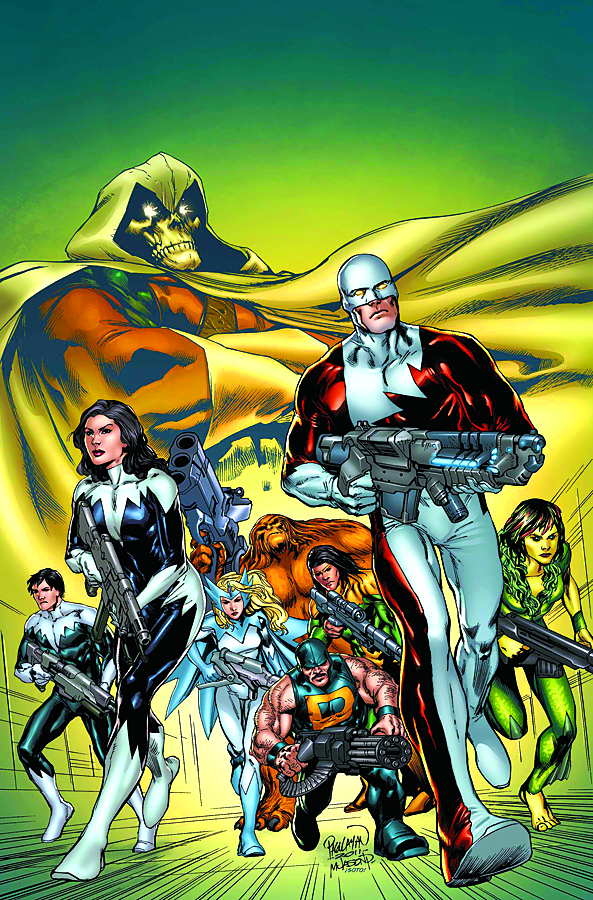 AUG110634
(W) Greg Pak (A) Dale Eaglesham (CA) Carlo Pagulayan
Written by FRED VAN LENTE & GREG PAK
Pencils by DALE EAGLESHAM
Cover by CARLO PAGULAYAN
STRIKE VERSUS FLIGHT. As the traitorous Vindicator leads her team of villains, known as ALPHA STRIKE, against her former teammates, ALPHA FLIGHT embraces their outlaw status by joining forces with the mercenary TASKMASTER. Will the master of skill acquisition be able to train the team in the tactics necessary to take on the entire Canadian government? And even so, will partnering with such a compromised cohort reveal itself to be a pact with the devil? Marvel superstars Greg Pak, Fred Van Lente and Dale Eaglesham continue their stellar run with Marvel's much-beloved band of heroes, ALPHA FLIGHT!
32 PGS./Rated T+