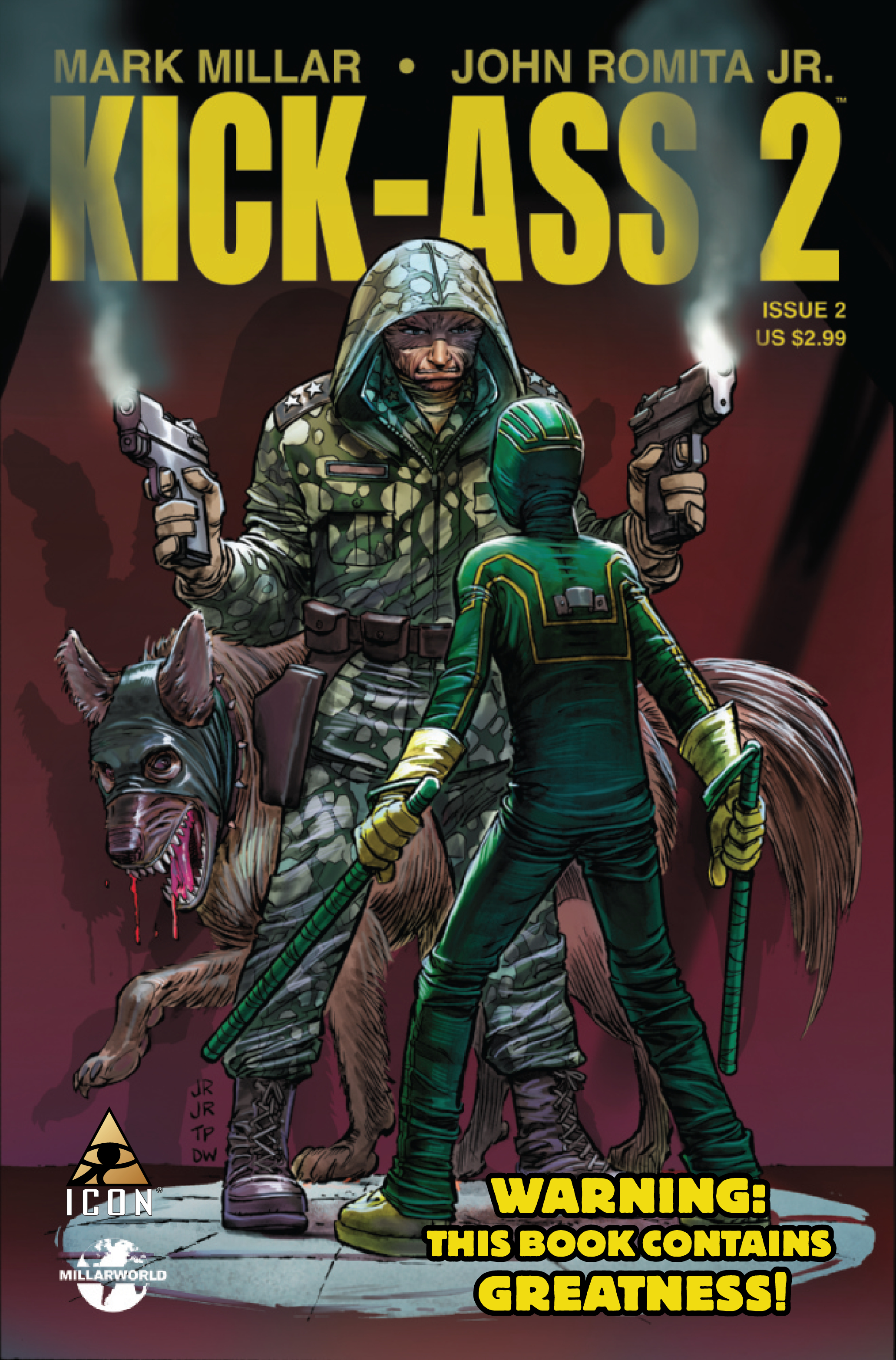 AUG100660
(W) Mark Millar (A/CA) John Romita
Written by MARK MILLAR
PencilS & Cover by JOHN ROMITA JR.
The sequel to the New York Times best-selling comic--which spawned the hit movie--continues! When Dave Lizewski put on his mask and became Kick-Ass, he never imagined things would go this far. Now Dave comes face-to-face with a world he helped bring about, as his dreams of a world of superheroes come true...but will those dreams turn to nightmares? Don't miss the comic book event of the year! Plus: Hit-Girl!
32 PGS./ Mature...$2.99