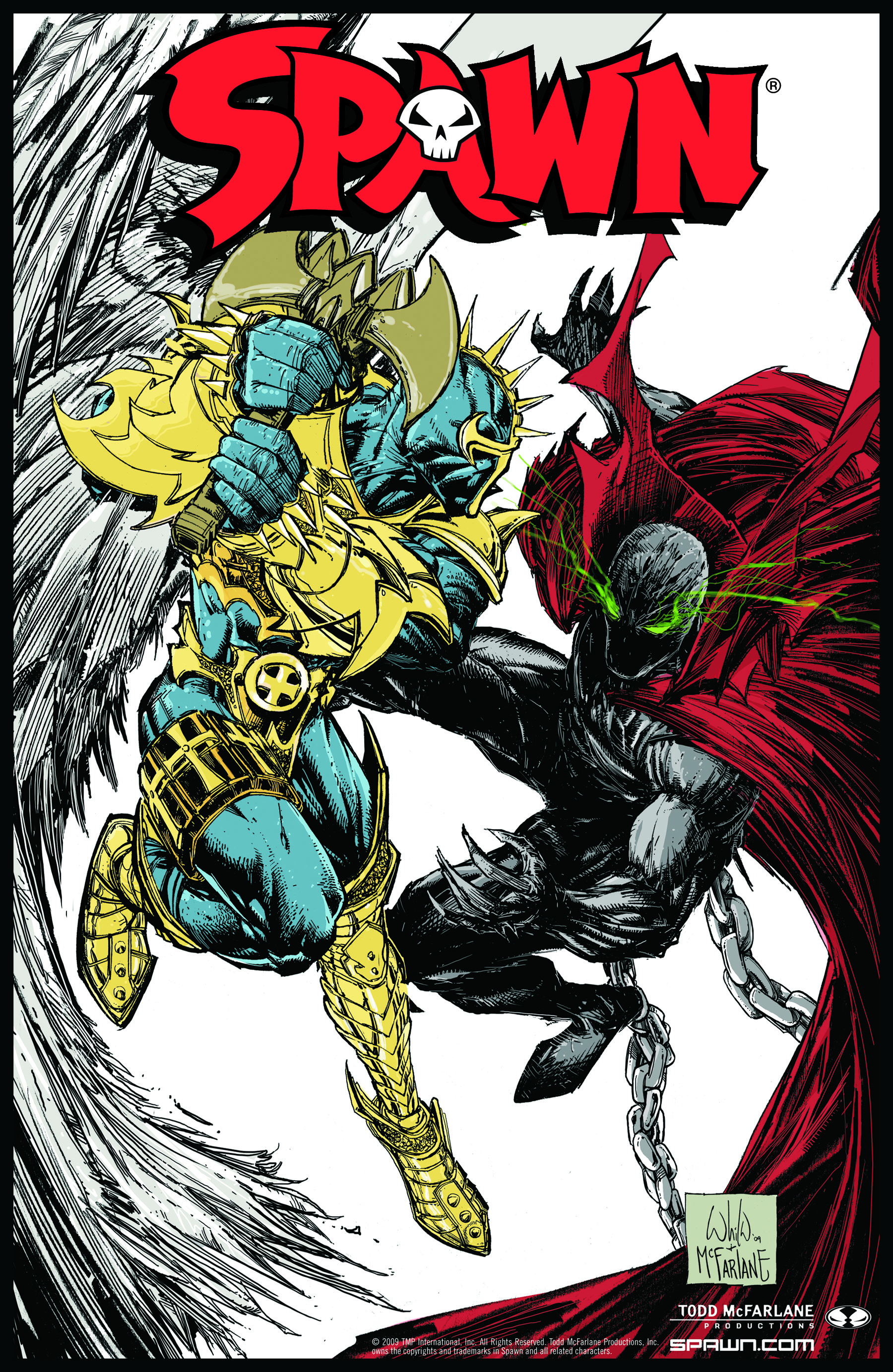 "FAMILY REUNION"
As Heaven becomes fully engaged in the prospects of controlling Earth's new Spawn, the Redeemer returns to do their bidding.  The costume begins to take on a personality of its own, and somebody lurking in the shadows begins planting the seeds to the much awaited SPAWN #200.

PLUS: THE CONLUSION OF THE FOUR-PART IMAGE UNITED PRELUDE BY ROBERT KIRKMAN & WHILCE PORTACIO!